This is sort of an “all in one” miniramble, but nonetheless, let me update you on an eventful week.

At the research unit I’ve been working at this summer for my MSc project – a couple of groups have formed. Namely, a desert club, of which Jackie, a Princeton PhD student, is clearly in-charge of through her relentless dictating of which new Vietnamese desert to indulge in with her co-workers every week. Also, this past weekend saw the assembly of a new entourage – who would brave the disease vessel that is the ‘night sleeper bus’, at the expense of my health, to a coastal city of promised fresh air. After an 11 hour overnight bus journey, our 11 souls, confined to the rear bunks of the shuttle, stepped foot in Nha Trang.

The sea breeze provided fuel for rejuvenation, and Nha Trang – the home to the discoverer of Yersinia pestis (the agent for causing bubonic plague) in a time long ago – provided pure respite from the incessant buzz of motorbikes in Ho Chi Minh City.

Equipped with nothing but each others company (and a couple of snorkles), we swam, speedboated, lounged, laughed, ate, motorbiked (sorry Mum and Dad – won’t happen again), sunbathed, ate, photographed, mudbathed, played cards, ATE, beach partied, walked the coastline, explored an aquarium, and many other things. And of-course – I cannot forget to mention the sheer diversity and deliciousness of the food we had eaten! Sea-food is in the main here and although we sampled a number of restaurants, the real highlight came when we cooked for ourselves and ate together in the comfort of our own rented Villa. Barbecue grilled beef, shrimp and aubergine were courtesy of mine and Uyen’s efforts (a PhD student at OUCRU)…..some yummy noodle dishes thanks to Mi Phan, the mastermind behind the weekend’s excursions….. and a number of other goodies from everyone else in the group. 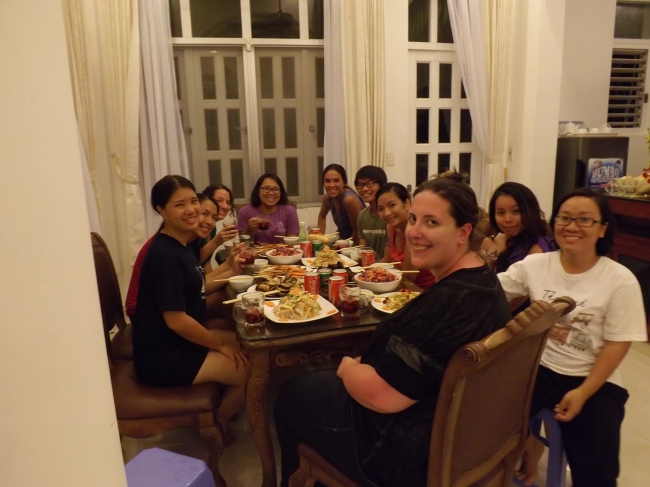 It has been an absolute pleasure to be part of Oxford University life in Viet Nam this summer – and it’s all going by at an eye-watering rate. My project has been engaging, the academics I’ve met – encouraging, and the new friends I’ve made – brilliant and inspiring. Each of them have their own incredible story to tell, with distinct passions and visions but a combined goal of making advances in science and medicine – in the broadest sense of these terms. One new friend and PhD student from Princeton, Ruthie (who happens to be a former LSHTMer too), is currently on a plane away from Viet Nam. As a mathematical / statistical modeller with a focus on HIV, I know she’s off to make big news, even if it is in humble steps. She’s the first of our Summer researchers to go – and I can’t help but think how grateful I am for the time spent here so far. Good luck Ruthie – we’ll miss you! 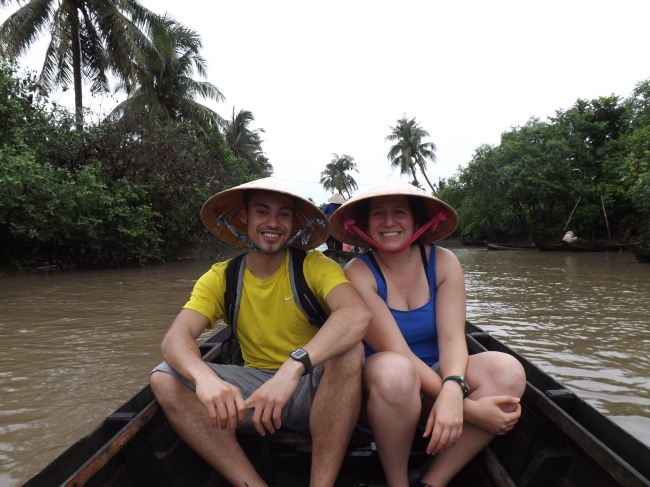 And as for New Discoveries — well, let’s just say the ball is rolling in the science park. It looks as if I have discovered three new strains of Bat Coronaviruses in Viet Nam – with all current evidence pointing towards this. Now, this is exciting for a number of reasons…. but on a personal level my thoughts are “bloody hell this is cool!”. Next week I’ll be going to the heart of the forest in which some of these bats belong – It’ll soon be time to embrace the mystery of nature in one of Viet Nam’s most forested areas of land.

For my next few posts (coming soon) – I promise to explain the A to Z of my project, the findings, the implications and the science behind it all.

Stay with me friends….