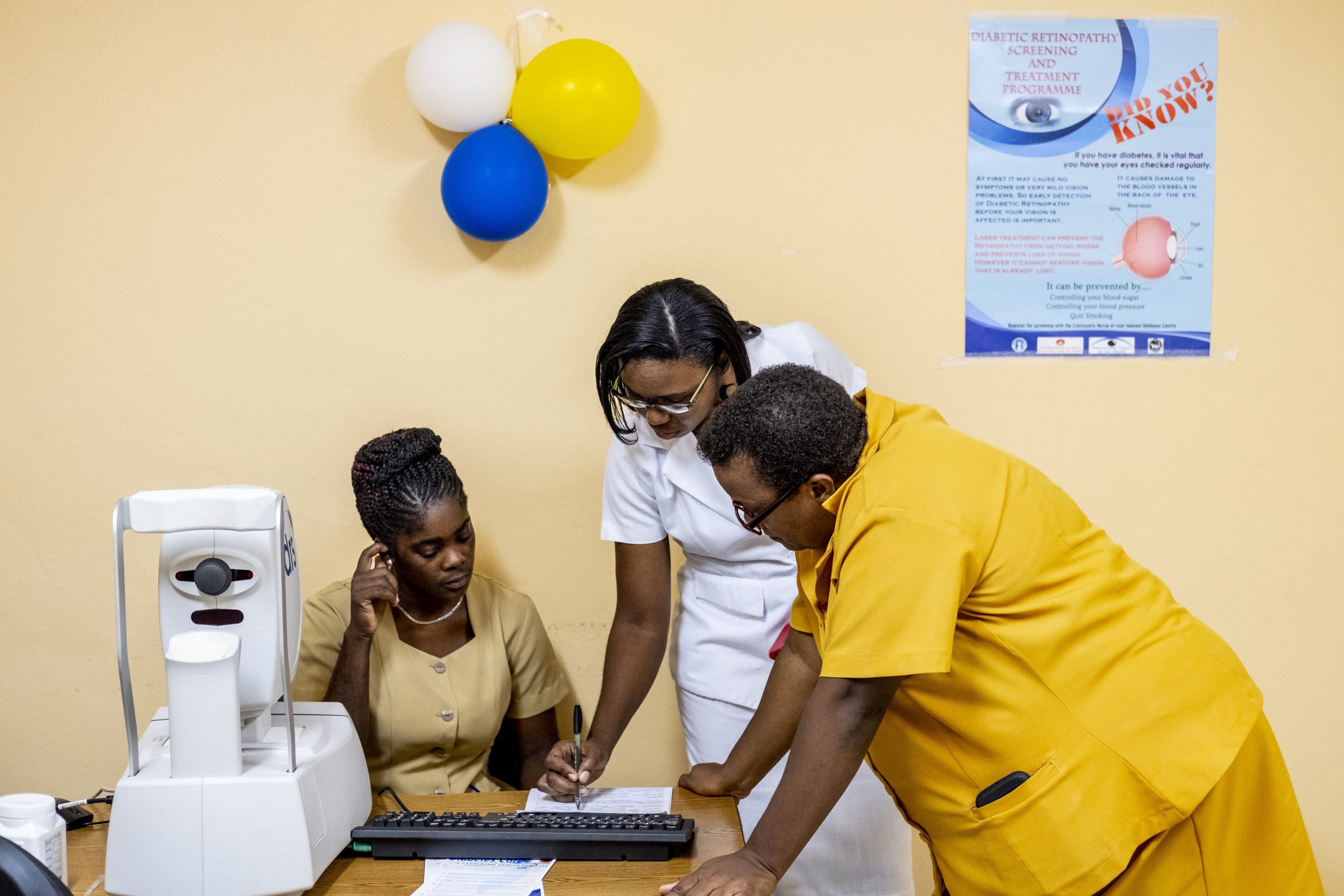 A study from researchers at the International Centre for Eye Health has shown that introducing a module on eye care into routine training of primary healthcare workers (PHWs) has a positive outcome on their knowledge of eye care in children.

Diagnosing and treating children with eye health problems while they are under 5 years old is critical for preventing avoidable blindness. This is particularly pertinent in lower and middle-income countries (LMICs), where 75% of blind children live. Yet eye-specific components are not included in widely used training programmes for PHWs.

The ICEH team worked together with the Ministry of Health in Tanzania to develop an eye-specific module to include within the Integrated Management of Newborn and Childhood Illness (IMNCI) course, a training programme for PHWs developed by the World Health Organisation.

IMNCI is used in over 100 countries to reduce mortality, illness and disability while promoting growth and development, and Tanzania has an active programme.

The new eyecare module included information on symptoms and treatments of eye health problems in young children, as well as training in equipment. As part of the IMNCI programme the module was used to train 54 PHWs, the majority of whom were nurses. The course was not designed to diagnose conditions, but rather detect potential problems and increase referrals for diagnosis and treatment. Only 5% had previously been trained in eye care.

As a result of the module, average knowledge of eye problems increased by 37% for all aspects of knowledge assessed and was maintained in participants who were reassessed at six months following training.

The majority of staff found the module easy to understand, with a similar level of complexity to the other IMNCI modules. The most common changes in clinical practices were that they were examining children’s eyes for the first time and referring more patients for diagnosis or treatment.

As a result, the module is now incorporated into Tanzanian national health policy, with over 3000 PHWs having been trained in recent months.

While further improvements to eye care training for PHWs dealing with young children are needed, such as supervision and reinforcement of skills in practice, the study has provided a template for other countries to implement the module. The success of knowledge retention from the trial has shown that eye care can be integrated into primary eye childcare, which could lead to improvements in the rate of avoidable blindness and vision impairment in LMICs.