Although the colonial encounter was largely characterised by the paternalistic and often oppressive attitude of the colonisers, this view was not wholly representative.

This section looks at suggested edits made to Jessie Barker’s pamphlet ‘The Feeding of Africans in Nyasaland’, by Mrs Culwick – another researcher within the Nutrition Development Unit. Culwick’s edits, while still clinging, to some extent, to long held colonial assumptions, attempt to soften the narrative, offering a small voice of dissent at a time when few others were doing so. 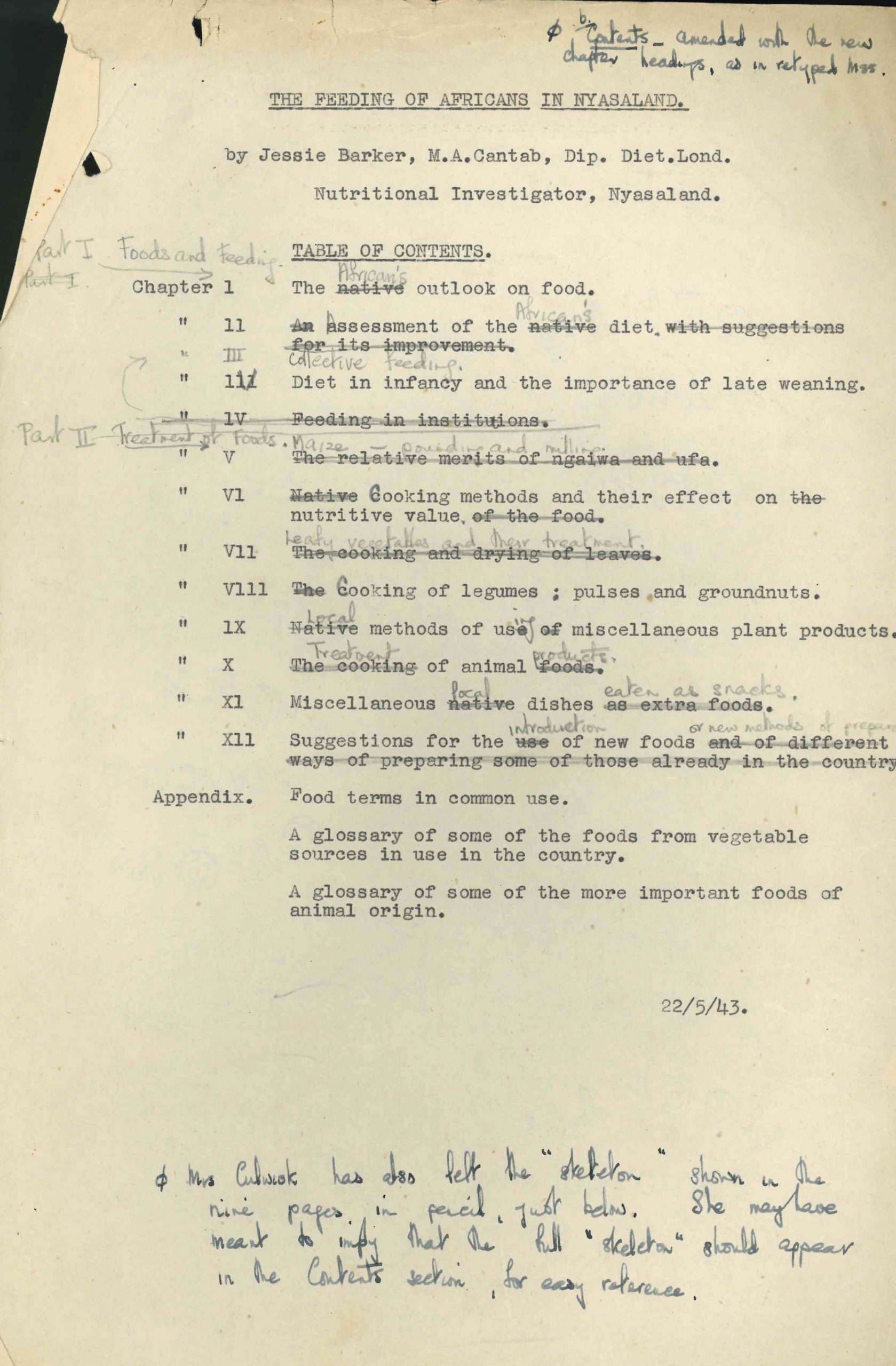 Here the editor is contesting the use of the term ‘native’  – an offensive term widely used in the colonial era to describe colonised people – and suggests replacing it with ‘African’.  This term is also inappropriate – the notion of the continent of Africa containing a single, homogenous population of ‘Africans’, is in every sense incorrect. It reflects a colonial tendency to ignore the diverse culture and experiences within local communities. However, this annotation does suggest that even within the colonial era there were people challenging the dominant narrative and attempting to banish the use of some dehumanising terminology.

This annotation is particularly significant. Not only has Culwick again suggested replacing the word ‘native’ with ‘Africans’ but she has also removed all reference to the idea of ‘improving’ the diet of the Nyasaland people. While it is impossible to determine her reasons for this, it could perhaps be understood as an attempt, by Culwick, to move away from the paternalistic language and interventionist approach that often defined the work of colonial researchers.

Here Culwick has suggested replacing the offensive term ‘native’ with ‘local’ – this can be interpreted as further evidence of her rejection of the dehumanising language typically associated with the colonial era.