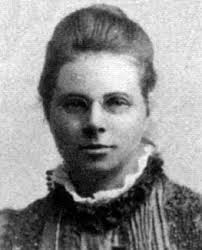 International Day of Women and Girls in Science is a great chance to remind ourselves of all the women who have contributed to science, technology, engineering and maths throughout their various histories and who may have been forgotten somewhere along the way. We at the LSHTM archives have been researching the mathematician Dr Hilda Phoebe Hudson (1881-1965).

Dr Hilda Hudson was born in Cambridge to a mathematical family, her father W.H.H. Hudson was Professor of Mathematics at King’s College, London and her mother an early attendee of Newnham. Between 1900 and 1904 Hudson attended Newnham herself and then the University of Berlin for a further year; she went on to have a rich academic career from positions as Lecturer and Research Fellow to Technical Assistant at a range of institutions such as Newnham, Bryn Mawr College, U.S.A, Westham Technical Institute, and for the Civil Service at the Air Ministry. She is best known for her thesis on “Cremona Transformations in Plane and Space,” a text which combined sixty to seventy years of publications on a field which had a vast research base.

Our largest collection is comprised of the papers of Sir Ronald Ross (1857-1932), a British medical doctor who is best known for discovering the link between mosquito bites and malaria, a discovery that went on to facilitate further advancements in tackling the disease. The collection includes various correspondence, manuscripts, reprints and newspaper cuttings collected by Ross.

Published in 1917; An Application of the Theory of Probabilities to the Study of a Priori Pathometry – Part I (Ross/163/11/03), Part II (Ross/163/11/03) and Part III (Ross/163/11/04) can all be found in the Ross collection through our catalogue. Ross sought to explore the role of statistics and probability in the development and spread of disease. For this investigation to get under way Ross needed some mathematical expertise to combine with his own proficiency in medicine, leading him to seek the talents of Dr Hilda Hudson. Part II and Part III of the publication see Hudson listed as a joint author and page 213 of Part II demonstrates the value Ross placed on Hudson’s assistance.

“The continuation of the paper has accordingly been written in conjunction with her; and I should like to take the opportunity to express my obligations to her for her valuable assistance, especially in regard to Part III”.

The publication was rereleased in 1931 in its entirety entitled; A Priori Pathometry (Ross/164/08) and this hardback version can be viewed in our catalogue also. In addition we have various letters from Hudson which were kept by Ross and are therefore placed in our care today.   Look through our Archive Catalogue and see what you can find!