Today marks the Royal Statistical Society (RSS) second World Statistics Day. In recognition of this, the Archives have looked on the life of Major Greenwood, an epidemiologist, statistician, former president of RSS, and professor of Epidemiology and Vital Statistics at LSHTM. 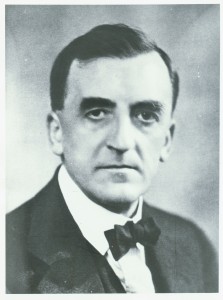 Major Greenwood was born in 1880 and was the third generation and only surviving son in a family of East End General Practitioners. He studied at the Merchant Taylors’ School and went on to study medicine at the University College London and the London Hospital. Greenwood was expected to work as a General Practitioner, but was influenced by the physiologist Sir Leonard Hill, father of future statistician Bradford Hill, to research physiology.

Greenwood was trained in the laboratories of Hill and instructed in biometry and statistics by Karl Pearson the biostatistician and mathematician. Greenwood developed Karl Pearson’s rigorous mathematical logic in a way which made medical statistics acceptable to a previously hostile and uncomprehending medical profession. By 1910, Greenwood was appointed medical statistician to the Lister Institute where he published numerous studies which added to his fame, among others, with his entomologist friend Arthur Bacot, on the epidemiology of plague in India.

During the First World War, Major Greenwood served in the Royal Army Medical Corps, but was soon put in charge of the medical research subsection of the Ministry of Munitions and became immersed in industrial problems, including health problems associated with factory work. After the war, in 1919, Greenwood was appointed first senior medical statistician to the newly created Ministry of Health.

In 1927, Major Greenwood was appointed the first Professor of Epidemiology and Vital Statistics at the London School of Hygiene & Tropical Medicine, a post he held until his retirement in 1945. Whilst working at LSHTM, he briefly served as its Dean when Brig Parkinson was called up to serve during the Second World War.

In addition to t 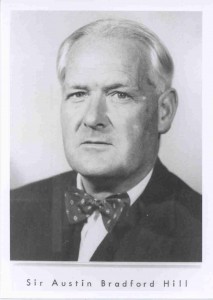 hese career achievements, Greenwood received the Buchanan Medal from the Royal Society in 1927, in recognition of his distinguished contribution to the medical sciences. In 1934, Greenwood was elected president of the RSS and was later awarded its Guy Medal in 1945. He also established a group of researchers during his time at LSHTM, of whom Austin Bradford Hill, epidemiologist, statistician and son of his mentor Sir Leonard Hill, was the most important. His name is also attached to the Greenwood Formula for the variance or standard error (SE) of the Kaplan–Meier estimator of survival, and the Greenwood Statistic.