Collection of the Month: Macfie 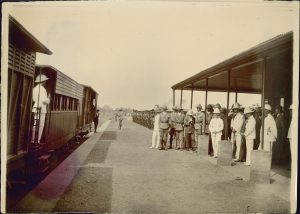 Our collection of the month is that of Dr John William Scott Macfie (1879-1948), a Medical Officer with the Colonial Office who embarked on 8 tours of West Africa between 1910 and 1922. It was also during this time Macfie volunteered with the Royal Army Medical Corps between 1917 and 1919, where he worked in the Malaria Investigation Appointment at the Liverpool School of Tropical Medicine. In 1922, Macfie retired from the West African Medical Service and focussed on teaching and researching tropical medicine. In 1935, Macfie volunteered his services to the British Ambulance Service in Ethiopia (B.A.S.E.) during the Second Italo-Ethiopian War. Despite his unit being bombed and fellow colleagues succumbing to death, Macfie survived the war and published an account in 1936 of his experiences of Ethiopia titled, ‘An Ethiopian Diary’.

Macfie’s collection includes a mixture of materials mostly relating to Macfie’s research and tours in West Africa across the first half of the 20th century. It also includes some material on his studies at Liverpool School of Tropical Medicine and his work in and for Ethiopia in the 1930s and 1940s. 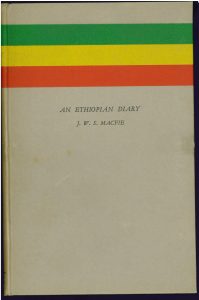 The Macfie Collection provides a unique insight into the life of a medical officer in the West African Medical Service, but more interestingly, life in Colonial Africa, through photographs and written pieces on local West African culture. Macfie also provides a vivid account of the Second Italo-Ethiopian War, giving attention to a war that is often overlooked. It is for these reasons that we have chosen Macfie to be the Collection of the Month. 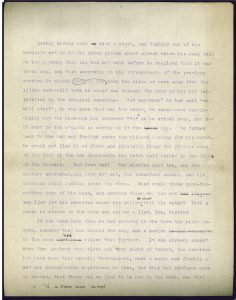 An example of Macfie’s fiction writing.

If you would like to find out more about the Macfie collection, or any other collections, visit our webpage, search our online catalogue, or email us at archives@lshtm.ac.uk