No Smoking Day: LSTHM and the link between smoking and lung cancer

March 11th is No Smoking Day and we thought that we would highlight the fact that the link between smoking and lung cancer was made at the School. In 1950, Richard Doll, a member of the MRC Statistical Research Unit based at LSHTM and Austin Bradford Hill, Director of the Department of Medical Statistics and Epidemiology, published their study of lung cancer patients in 20 London hospitals which concluded that the risk of developing lung cancer increases with the amount of tobacco smoked. Initially they had believed that the lung cancer was due to the new material tarmac or motor car fumes. Doll stopped smoking as a result of the findings published in the British Medical Journal which concluded:

“The risk of developing the disease increases in proportion to the amount smoked. It may be 50 times as great among those who smoke 25 or more cigarettes a day as among non-smokers.”

Following this initial study, they began a study of smoking amongst 40,000 British Doctors which produced a large body of data relating to the death rate from different diseases for non-smokers, light, moderate and heavy smokers. The results of the study, published in 1954, showed a steadily rising death rate from lung cancer and coronary thrombosis with increasing amounts smoked.

In 1955, Doll reported a case controlled study that has firmly established the relationship between asbestos and lung cancer.

Below there is some more information on Doll and Hill and what they achieved over the rest of their careers. 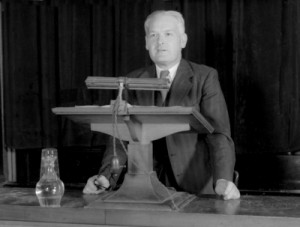 Sir Austin Bradford Hill was born on 8 July 1897 in Hampstead, London, son of Sir Leonard Erskine Hill (1866-1952), professor of physiology at the London Hospital medical college. He was destined for the study of medicine when, as a pilot in World War One, he was invalided out of the forces with near fatal tuberculosis while serving at Gallipoli in the Dardanelles campaign.

Recovering at home, he took an external London degree in economics and, encouraged by the family friend Major Greenwood, began statistical studies for the Medical Research Council in 1923. Moving with Greenwood to the new London School of Hygiene and Tropical Medicine in 1927, he became Reader in Epidemiology and Vital Statistics, 1933-1945. The first edition of his textbook Principles of Medical Statistics was published in 1937 and has influenced generations of medical statisticians and epidemiologists, and left its mark on the development of medical science in the second half of the twentieth century. Bradford Hill was Honorary Director of the MRC’s Statistical Research Unit, 1945-61; ‘acting’ Dean, then Dean of the London School of Hygiene and Tropical Medicine, 1955-1957.

He was knighted in 1961, elected a Fellow of the Royal Society, 1954, and received honorary degrees from Oxford and Edinburgh and many honorary fellowships and medals, including an honorary fellowship of the Royal College of Physicians of London and the gold medal of the Royal Statistical Society, 1953. He died Bradford Hill died, 18 April 1991. The Archives holds records relating to his work at the School and he also corresponded with the Librarian in the late 1980s giving personal recollections of his time at the School and the evolving structure of LSHTM.

Sir Richard Doll was born on 28 October 1912 at Hampton into an affluent family.  He intended to study mathematics at Trinity College, Cambridge but failed the mathematics scholarship and subsequently chose to study medicine at St Thomas’s Hospital Medical School, Kings College London, from where he graduated in 1937. Doll was a socialist, and one of the significant figures in the Socialist Medical Association whose campaign helped lead to the creation of Britain’s postwar National Health Service. During World War Two he served as part of the Royal Army Medical Corps on a hospital ship as a medical specialist. 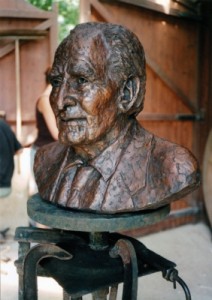 After the war, Doll returned to St Thomas’ to research asthma and1948 he joined a research team under Dr Francis Avery-Jones at the Central Middlesex Hospital, run under the auspices of the statistical research unit of the Medical Research Council.. Over a 21 year career in the unit, Doll rose to become its director.

In 1969, Doll moved to Oxford University to sit as the Regius Professor of Medicine. He helped found the National Blood Service, and was key in avoiding a system of paying donors for their blood, as had been adopted in the United States. His continued work into carcinogens at the Imperial Cancer Research Institute at the John Radcliffe Hospital, Oxford, working as part of the Clinical Trial Service Unit, notably including a study undertaken with Sir Richard Peto, in which it was estimated that tobacco, along with infections and diet, caused between them three quarters of all cancers, which was the basis of much of the World Health Organisation’s conclusions on environmental pollution and cancer.

He was knighted in 1971 and received many awards including the Edward Jenner Medal of the Royal Society of Medicine in 1981 and a UN Award for his research into cancer. He died on 24 July 2005. There is a large collection of records relating to Doll held at the Wellcome Library