Sir Ronald Ross was born in India in 1857, he was educated in Englandand entered the Indian Medical Service in 1881. In 1892 he began his study of malaria and in 1895 began corresponding with Sir Patrick Manson, then physician to the Seamen’s Hospital Society, who became the Medical Advisor to the Colonial Office and the founder of the London School of Tropical Medicine. 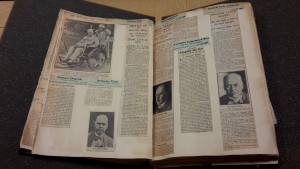 Selection of newspaper clippings from Ross/175

In August 1897, Ross made his discovery of the transmission of malaria parasites in man by Anopheles mosquitoes for which he was awarded the Nobel Prize for Medicine in 1902. He returned to England in 1899 as lecturer at the Liverpool School of Tropical Medicine where he worked until 1912. He held a number of roles during the First World War including Consulting Physician in Tropical Diseases to the Hospitals for Indian Troops in England and travelled to Egypt to investigate an outbreak of dysentery in the Dardanelles. Later he was made Director-in-Chief of the Ross Institute and Hospital for Tropical Diseases from 1926 until 1932.

Sir Ronald Ross died in 1932 at the age of 75 after a prolonged illness. His death was widely acknowledged throughout the world from countries as far afield as Singapore, Australia and South Africa.

The Archives hold a ‘scrap book’ filled with national and international newspaper clippings that mark his passing (Ross/175). Most of the newspapers focussed on Ross’ discovery of the malaria vector and how his discovery, ‘Saved Millions of Lives’ and ‘Made a Third of the World Habitable’. Some commented on Ross’ poverty during his later years; the Western Mail & South Wales News, notes Ross faced ‘Poverty in His Old Age’ and ‘knew such straitened circumstances that in 1929 he was compelled to sell for a paltry £2,000 the archives containing his work’. Fortunately, Lady Houston bought Ross’ archives and left them with the Ross Institute, which was later incorporated into LSHTM. One newspaper even mentions Ross’ ‘extreme political views’ claiming ‘he had no belief whatever in democracy’. However regardless of tone, all of these newspapers recognise Sir Ronald Ross as a man who made a significant discovery that has helped prevent the spread of the deadly disease: malaria. 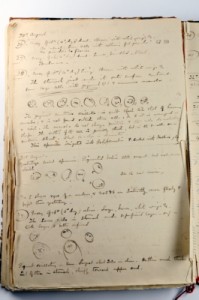