On the evening of January the 19th 1917, a fire broke out in one of the factory melt pots, effort was made to extinguish the fire however the fire spread and ignited 50 tons of TNT. The explosion killed 73 people and injured more than 400. It is estimated that 900 properties were instantly destroyed after the explosion and 60,000 sustained some damage.

In 1917, the London School of Tropical Medicine was located in the Albert Dock Seamen’s Hospital in the London Docklands and as a result the School was damaged in the explosion. Florence Hanbury, the School’s first library assistant, noted in her diary that, ‘The Silvertown explosion shattered the windows in the Printing Room, but did not damage the Library’. Hanbury’s description of the damage suggests the School was not greatly affected, yet in Sir Philip Manson-Bahr’s memoir of the School’s history he writes: 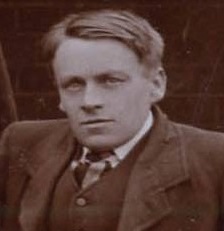 ‘All the windows were broken and the floors were littered with powdered glass. A large number of casualties were carried into the Hospital and School by rescue workers until every available space was full to capacity. Nurses and medical staff alike worked like Trojans and earned universal praise. A squad, led by Major C.H. Barber, I.M.S., who was himself a patient at the time, rushed out to the scene of the disaster and rendered heroic services’

Manson-Bahr also wrote that Robert Mackay, one of the School’s first laboratory assistant who worked at the school for nearly 30 years, was at the School at the time of the explosion and that the accident, ‘shook him greatly’.