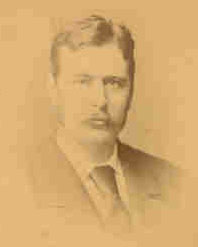 Manson, known as the father of modern tropical medicine, studied medicine at Aberdeen University, passing M.B. and C.M. in 1865.

In 1866 he became a  medical officer in Formosa (Taiwan) for the Customs Service.  He moved to Amoy, China in 1871.  In Amoy,  he  worked both as medical officer for the Imperial Maritime Customs  and also with the local population on elephantoid illnesses, operating to remove  tumours of patients suffering from elephantitis. During this period he developed Manson’s Trocar, for the treatment of liver abcesses, an example of which is in the School’s archive. 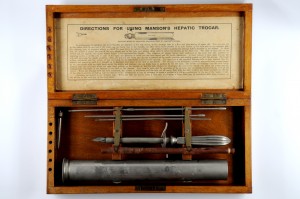 It was during his time in Amoy that he discovered in the tissues of blood-sucking mosquitoes, the developmental phase of filaria worms, and went on to develop the understanding of the mosquito as the vector in human to human transmission of the disease. Later, he would  encourage the young Ronald Ross, working in India,  to research the similar link with mosquitoes as the vector for malaria. The archives hold the unique correspendence that developed between the two men.

From 1883 to 1889 Manson was based in Hong Kong, where he set up a medical school that developed into the University and Medical School of Hong Kong. He also founded the Hong Kong Medical Society in 1886, and as a result of his concern for the state of health of the population,  helped establish a dairy farm for the provision of fresh milk for those in need. Evidently the first cows for the dairy were sent over from his native Scotland.

Returning to London in 1889, he set up in private practise and became physician and advisor to the Colonial Office in 1897. As mentioned earlier, It was during this period that he propounded the theory of the mosquito as the vector for the transmission of malaria,  the theory that was proved by Sir Ronald Ross in 1897. 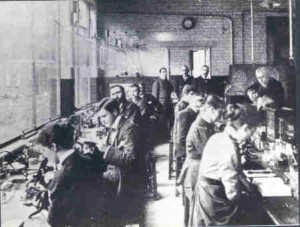 Students being taught by Manson (far right) at the School c.1900

He was strongly advocating for the establishment of specialist training in tropical medicine, and in 1899, finally succeeded in founding the School as a part of the Seamen’s Hospital in Albert Dock, East London. He continued to teach and research, spurred on by his lifetime of medical experience.

We are fortunate to hold Manson’s archive within the School:  for more details see our online catalogue and to make an appointment to use the archives,  just email  archives@lshtm.ac.uk 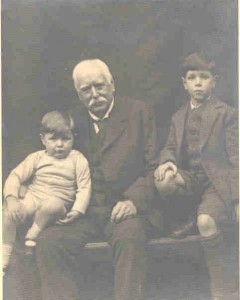 Sir Patrick Manson with his grandchildren