Sir Ronald Ross and the Hospitals for Indian Troops in England 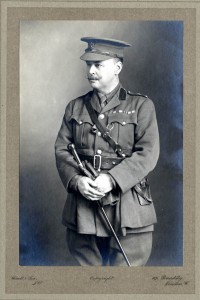 In December 1914, Sir Ronald Ross, discoverer of the mosquito transmission of malaria, was appointed as the Consulting Physician in Tropical Diseases to the Hospitals for Indian Troops in England at a salary of £500 a year. This involved regularly visiting hospitals in Brighton, Bournemouth, Brockenhurst and Netley to treat Indian servicemen. The archives holds 140 items relating to this role, this mostly contains correspondence relating to his appointment and his work as a consulting physician. He made regular trips to the hospitals and it appears that very few Indian soldiers were suffering from tropical diseases which he reports back to the War Office. In one of these letters to Surgeon-General Russell on 9 January 1915 he makes the following complaint:

‘There is only one subject on which I need to trouble you, and I think that I should informally and privately call the attention of the DG to it. That is the fact that the Indian patients at Bournemouth who are allowed out in the garden collect in a row at the railing close to the neighbouring street, where they are viewed with curiosity and admiration by large numbers of natives (local children and nurse maids). There appears to be a general conversation going on between the two races, and I did not see Renshaw yesterday when I visited Bournemouth but the other medical man said that they had no power to stop this, though they would like to do so, I simply suggested that a good high wooden paling should be put between the premises of the Mount Dore and the street. Otherwise there may be some trouble over this matter. I may not be thought proper for our Indian soldiers to be kept on view like wild beasts’
From subsequent correspondence, it appears that a fence was never erected. 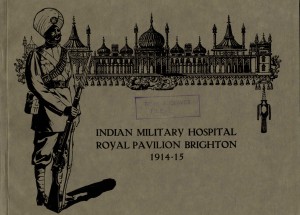 The hospital in Brighton was in the Royal Pavilion and we hold a booklet containing images of the soldiers being treated in the ornate rooms. 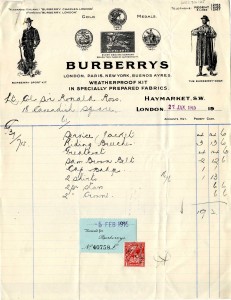 In July 1915, Ross was appointed Consulting Physician on Tropical Diseases and was sent to Alexandria for four months to research disease among the troops in the Dardanelles. More on this role in a future blog post. Please contact the Archives Service for further information at archives@lsthm.ac.uk