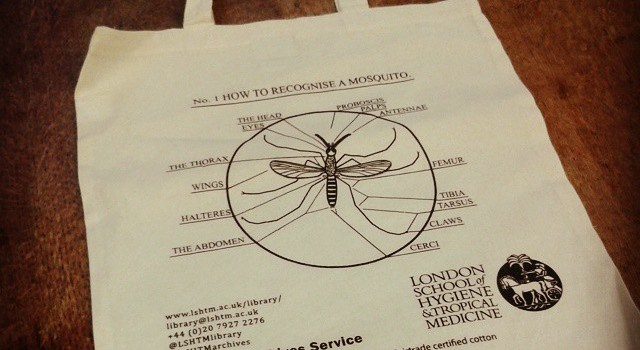 Because there is no such thing as too many tote bags…

The rather divine LSHTM Library and Archives Services tote canvas bags are still available from the library enquiry desk for only £3.50!

If you’re curious about the design it was created by the British Mosquito Control Institute in 1927. The institute was set up by John Frederick Marshall (1874-1949), a parasitologist who devoted much of his life to studying and controlling mosquitoes in the UK and whose archives are stored here at the School.  The institute was incorporated by the Havant and Waterlooville Urban District Council Health Department in 1948.

Joan Grant, John Frederick Marshall’s daughter, had a very interesting career as a novelist and her debut novel The Winged Pharaoh published in 1937 is still considered a cult classic. 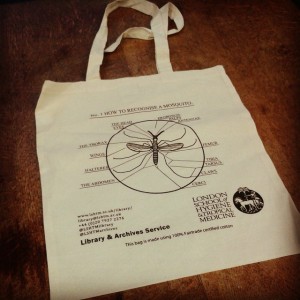