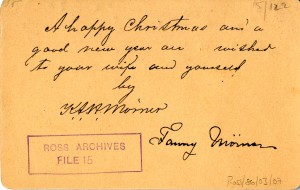 From Count and Countess Morner to Ross and his wife, 1903

The LSHTM Archive’s Ross Collection contains more than just material relating to Ronald Ross’s scientific and medical research – there are also are large number of his photographs, notebooks, postcards and sketchbooks that tell us more about Ross as a person and his wide array of interests. 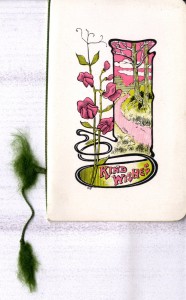 Scattered among Ross’s correspondence are several Christmas cards that Ross received from his friends and colleagues. These formed a distinguished and wide-ranging group, including politicians, statesmen and dignitaries from the counties that Ross visited during his time in the Indian Medical Service and his expeditions to advise on the extermination of malaria.

They date from the early 1900s to the 1920s and provide a fascinating snapshot into the lives of the circle of Ross and his wife Rosa. 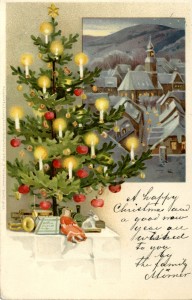 The collection also contains 2 copies of cards Ross and his wife had printed to send out to ‘Our friends in Sweden’. Ross travelled to Sweden several times and had many friends there. After winning the Nobel Prize in Medicine, he was awarded an honorary M.D. degree in Stockholm in 1910, as well as being made a fellow of the Royal Society of Sweden in 1919.

Ross was remembered with particularly great respect in India, due to his revolutionary work on malaria. This is reflected in several very impressive looking cards from His Highness Raj Rana Sir Bhawani Singh of Jhalawar, one of which showing a picture of ‘The Kemball Library’, a large library established by the Maharaja.

The Ross Collection can be viewed at the LSHTM Archive. Please see the archives website for further information: http://www.lshtm.ac.uk/library/archives/ or search our online catalogue.