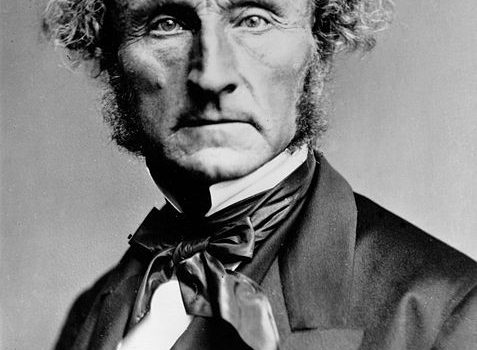 “A standing invitation to the whole world”: how more open access facilitates progress in science

When the nineteenth-century philosopher John Stuart Mill wrote his essay On Liberty[i] in 1859, one of his main aims was to secure the right to freedom of speech, to demonstrate that the state should not attempt ‘to control the expression of opinion’. While today, at least in Western Europe, free speech within certain parameters is generally agreed at least as an ideal, Open Access advocate Peter Suber[ii] has argued that Mill’s text can also be deployed in support of an argument for the widest freedom of access to what scholars and scientists have to say.

Suber focuses on what he refers to as the ‘self-correction of knowledge’, by which he means that the errors and deficiencies in scientific understanding are rectified both by the academic community and by researchers in the wider sense. He quotes approvingly from Mill:

The whole strength and value, then of human judgement depends on the one property, that it can be placed on it only when the means of setting it right are kept constantly at hand […] The beliefs which we have most warrant for, have no safeguard to rest on, but a standing invitation to the whole world to prove them unfounded. If the challenge is not accepted, or is accepted and the attempt fail, we are far enough from certainty still; but we have done the best that the existing state of human reason admits of; we have neglected nothing that could give the truth a chance of reaching us.

The phrase, ‘the standing invitation to the whole world’ is of course figurative. It means that our scientific judgements should be placed before the widest possible court of opinion, even if this in effect means a tiny proportion of the population, those who read the language in which we write and who have the necessary education to at least understand the basic concepts we employ. What this means, according to Suber, is that while we cannot demand that a person reads and comments on our knowledge claims, we are under an obligation to disseminate them as widely as possible.

It might be argued that if an article is published in a traditional respected journal, so long as all or most universities have a subscription, then other researchers working in the field will read it. After all, the prestige of a journal is also taken to validate the quality of the articles it publishes, on the assumption that a journal such as Nature rejects far more submissions that it accepts.

However, Suber’s point is actually more radical. By publishing open access, researchers lay themselves open to informed readers outside the academy, including independent researchers, those working in completely different fields whose employers may not subscribe to a wide range of journals and, of course, those such as health workers in resource-poor countries who may lack access to subscription journals altogether. The further knowledge claims, results and theories permeate beyond the silo of the specialists, the more likely they are to encounter those who challenge orthodox paradigms.

And the good news is that rather than being only a means of falsification, the widest public scrutiny ought to give more credibility to a researcher’s results. As Suber puts it:

The longer a theory survives the open challenge to expose its flaws, when everyone who cares has access to the literature and the freedom to speak their minds, the lower the odds that the theory has flaws to expose.

One way in which a wider audience may filter out flaws, is where the blogosphere acts to police examples of image-tampering or manipulation of figures in articles. The scandal of the fraudulent research by Hwang Woo Suk published in Science and later retracted was reported to have been uncovered by such ‘online watchdogs.’

Such democratization of knowledge may not be without its drawbacks. The imperative to disseminate as widely as possible, and through open access journals, may be seen as driving the proliferation of a number of dubious journals, heralding the phenomenon of predatory publishers. It has also been claimed, that worried patients will besiege GP practices demanding unnecessary investigations or expensive treatments they have discovered in the latest copy of the Lancet.

Perhaps the adage that a little knowledge is a dangerous thing contains some truth. But still, if we are ever to test the robustness of this or any other claim, the claim has to be out there to be tested. And the most effective testing of a theory requires that the evidence is placed before the least restricted audience reflecting the widest available perspectives.