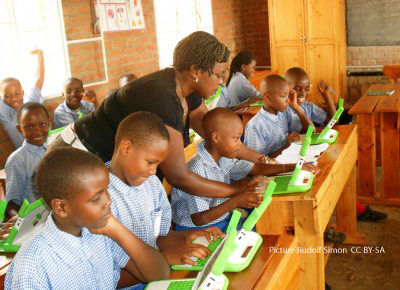 Everyone has the right freely to participate in the cultural life of the community, to enjoy the arts and to share in scientific advancement and its benefits.

Fortunately for most, academic researchers don’t have to live off their royalties alone. Although there may be huge pressures to publish – in order to gain promotion, tenure, funding or contribute to the standing of their institution – putting food on the table is not one of them. This means that, while some sub-disciplines may be popular with funders, researchers are not forced to choose only those areas of enquiry that will produce articles that will sell. And undoubtedly, advancement in science and humanities requires that scientists and scholars investigate the areas that may not have an obvious commercial application, are of interest to a small, select audience, and, in short produce results that are not sexy enough to sell on the open market.

But there is another advantage to researchers receiving salaries. They need not be dismayed by the free dissemination of their product via open access. Since they receive no royalties, in fact no payment at all for producing articles, their sole motivation is to have their work read as widely as possible, and reused by others working in the field and beyond. The upshot is that academic researchers generally wish their work to be freely available to all at the lowest financial cost to them and their institution, and this frequently means publishing open access.

Publishers on the other hand derive their profits from selling on content which has most often been provided to them free-of-charge. Traditionally they derive income from subscriptions, primarily from academic libraries and increasingly from article processing charges (APCs) which are paid by funders and institutions to make their articles open access. As open access becomes more prevalent, questions are raised as to whether publishers are effectively “double dipping”: charging both the author as well as the reader, where subscription fees to libraries are not reduced proportionately to the percentage of content that is free anyway. Another issue is whether a large chunk of the cost of managing subscription journals is the just the expense of controlling access and policing illicit reproduction and distribution of material, costs which disappear if all articles in a journal are open access.

Going beyond such questions of efficiency, advocates of open access had attempted to reconceptualize notions of intellectual property with the idea of a commons. Some goods are universally held to be public and communal: clean air or sunsets, for example, while others such as access to public art collections and public libraries are viewed differently from country to country. What all these have in common is that they have low subtractability. Unlike a resource such as fisheries, the use by one consumer subtracts very little if at all from the availability to others: use will not exhaust them. A rather more obvious justification for goods being considered as commons is the difficulty of excluding those who haven’t purchased them from using them. A business selling access to sunsets would go bust pretty quickly.

Information and knowledge falls between the two. Especially in the age of digital information, largescale, unauthorized copying and redistribution is more common, but can be deterred both through a combination of digital rights management and the threat of harsh penalties such as blocking an institutions access to a journal if a single user has downloaded more than one article. However, perhaps the main means by which academic publishers prevent breaches of copyright is that institutions conventionally pay through their libraries both for subscriptions to journals and to reproduce articles and book chapters for online reading courses, even policing copyright on publishers’ behalf. In a sense, it is an honour system.

However in the past decade, there has been a growing tide of opinion that at least certain kinds of information should be viewed as part of a knowledge commons. The argument offered is clearest in the case of healthcare knowledge. In a 2008 article, former LSHTM student (and teacher) Gavin Yamey makes the case for a right-based approach to knowledge.[1] He recalls an anecdotal case described by Arthur Amman, President of Global Strategies for HIV Prevention:

I recently met a physician from southern Africa, engaged in perinatal HIV prevention, whose primary access to information was abstracts posted on the Internet. Based on a single abstract, they had altered their perinatal HIV prevention program from an effective therapy to one with lesser efficacy. Had they read the full text article they would have undoubtedly realized that the study results were based on short-term follow-up, a small pivotal group, incomplete data, and unlikely to be applicable to their country situation. Their decision to alter treatment based solely on the abstract’s conclusions may have resulted in increased perinatal HIV transmission.[2]

Yammey argues that many health care workers are denied access to information they need to practice effective medicine. Furthermore, governments of developing countries are hampered in building better healthcare systems. Investment in infrastucture only achieves so much unless scientific and technical information is available, and not only in English but in local languages.

This partly explains the insistence of funders such as the Wellcome Trust that articles funded by them should be published under the most liberal CC-BY license, making it financially viable for translators to be employed to make research available in languages other than English without ever having to pay an additional fee to publishers for the right to do this.

However, a no less important reason why access to healthcare information should not be determined by income is to redress the balance of attention towards the neglected health problems of developing countries. Slade and Tamber noted as far back as ten years ago, ‘Research from developing countries is under-represented in the main “international” medical journals. There is economic logic to this—most journals need to cover their costs, so it makes sense that they prioritize articles that appeal to readers who are willing and able to pay.’[3]

It might be true to say that with respect to medicine and healthcare the argument has already been won with major funders requiring and paying for researchers to publish open access. However not all researchers, especially those in resource-poor countries, have funding to cover APCs. What is more, the move to open access is not consistently retrospective. A great deal of useful scientific literature was published before the advent of the open access model, and much remains enclosed behind paywalls.

In 1979, the philosopher Jean-François Lyotard predicted that in the future wars would be fought not over resources such as oil and gas but over the control of information.[4] The current struggle seems to be not so much between nation states so much as a quiet revolution on behalf of the information poor to liberate the knowledge commons.