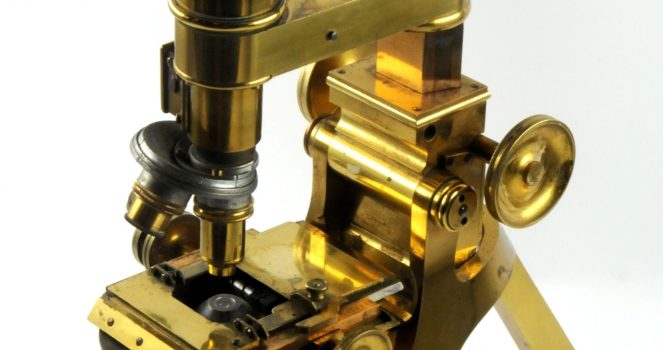 Under the Microscope: my first week in the Archives

I am the new Archives Assistant here at the London School of Hygiene & Tropical Medicine, and wanted to write about a recent outreach activity during my first week here.

The first week in a new role is always a bit overwhelming, but luckily I had the opportunity to take part in a fun activity on Wednesday November 9th.  Attending the School was a group of students from Maria Fidelis School in Camden who were to enjoy a discussion with Ailie Robinson (@Ailie_robinson) on the fundamentals of microscopy, microscopic history at the London School of Hygiene & Tropical Medicine, and the use of microscopy in disease diagnosis. #LSHTMfoldscopeday After Ailie’s talk, myself and the Assistant Archivist were able to share some of the relevant archives. The mosquito box which has four compartments to hold mosquito net carriers was used by Sir Patrick Manson during his malaria experiments, the blood slides also represented research into malaria by Sir Ronald Ross, and the large brass microscope was a prize given to Ross after he was knighted in 1911 for his work on malaria. It was fascinating to see the range of material in the archive, from papers to the more obscure artefacts. The more obscure objects were naturally a source of interest to the entire group, but just as exciting were the lab books on display which offered great insight and context to the scientists’ methodology and work. These lab books were from Robert Leiper, who joined the School in 1905, and set up the Department of Helminthology, and Sir Andrew Balfour who was Director of the School in 1924. It was such a privilege in my first week at the archive, to see the archives doing what they do best – offering insight to another time, place and person. This presentation was a great example as to how archives can assist with learning, regardless of topic! To see the audience engaging with both the scientific theory from Ailie and the archival material, was proof that archival learning is interdisciplinary. Having the chance to see the physical objects and documents can help to facilitate a deeper understanding of all topics, and this seemed perfectly clear to myself during the presentation through watching the group interact with the archival objects, and placing them into context of what they had just discussed about microscopy.