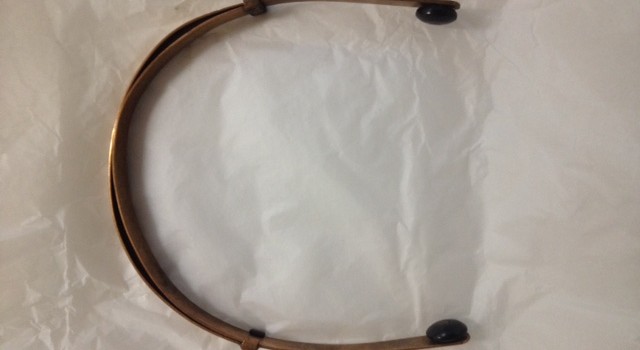 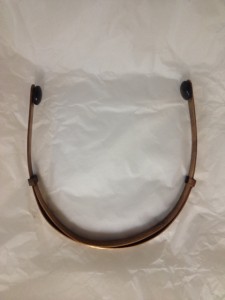 Today, the World Health Organisation celebrates ‘World Hearing Day’. This year’s theme is “Action for hearing loss: make a sound investment” with the aim to draw attention to the economic impact of hearing loss.

In the late 19th Century whilst working in India, Ross devised an implement that he would later call, ‘A device for excluding noise from the auditory nerves of the ear’, in other words, ear plugs. Made originally for a patient, Ross wore his own invention for many decades before he made the bold move of patenting and selling his device. Initially, Ross hoped to resolve complaints:

However, Ross’ papers illustrate that his earplugs were unable to meet his goals.

So why were his earplugs unsuccessful? His correspondences with Charles Baker, the man tasked with building prototypes of his device, indicate that the design were neither practical or popular, as seen when Baker, referring to the ear plugs as clips, complains, ‘one or two customers have tried and returned them. I think some better method would have to be devised before the clips would be well received’ (Ross/159/01/35). Instead of heeding Baker’s advice, Ross overlooked the notion that any design fault existed, and argued that, ‘It is quite comfortable’ (Ross/159/01/36) and for it to be a success he would, ‘call the attention of professionals to it’ (Ross/159/01/36). When looking at the ear clips you understand the reluctance of Baker and the public to embrace them. The earplugs are attached to a thick aluminium strap intended to sit under the chin, something that does not connote peace or tranquillity. 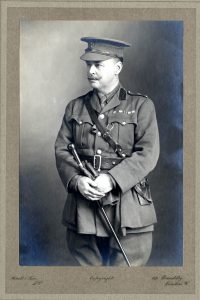 Competition also severely affected the success of Ross’ device. In Germany, the ‘Antiphone’ was proving quite popular. A letter found in Ross’ archive show that the plugs, that were made out of wool and wax and were not attached to a clip, sold better than ear plugs on a clip. Interestingly, Ross later admits to another disadvantage his ear clips had in comparison to the ‘Antiphone’; in a letter to the Yorkshire Observer, Ross concedes that his device ‘Does not block out all sound, only dulls it’ (Ross/159/01/44), making Ross’ device not only poorly designed, but also less effective compared to its competition. 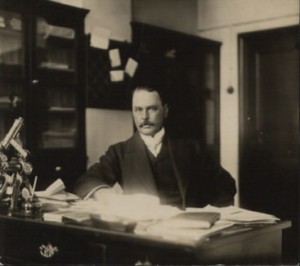 Arguably, Ross’ invention failed as it was neither commercially successful nor effective, yet Ross showed insight into an area of ear care that was generally ignored at this time. In 1914, several months after the outbreak of the First World War, Ross wrote to the British Red Cross Society promoting its use within the army, Ross writes, ‘it might be possibly be saleable in large numbers for soldiers on active service, as it shuts out the noise and shock of exploding shells’ (Ross/159/01/39). The response was lacklustre; nevertheless, Ross was undeterred and wrote to Lieutenant John Aikman, Governor of Guernsey in 1916, who expressed interest in the ‘protection of our soldiers (sic) ears from injury of shell noise’ (Ross/159/01/48). Although Ross’ invention was not used by the British army during the First World War and was not compulsory army kit for many years, it showed Ross understood and appreciated the importance of ear protection of those in the army. We should look at Ross’ ear plugs, not as a failure, but rather as a symbol for the changing attitudes towards soldiers’ health and in particular, their ear care.