A new addition to the H.S Leeson Collection

Back in January, we chose the H.S Leeson papers to be our Collection of the Month, but since then the collection has grown. In March, we were kindly gifted 142 photographs that were taken by or feature H.S. Leeson. The images depict his time in the Middle East during the Second World War, his time in Africa investigating Malaria and personal images of himself and his family.

Who was H.S Leeson? 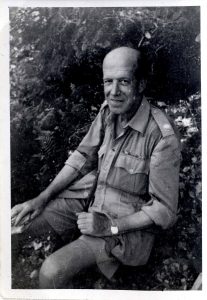 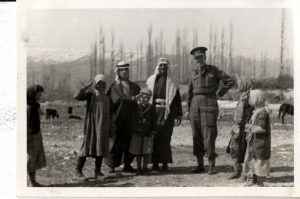 What is the film ‘Roads of Africa’ about? 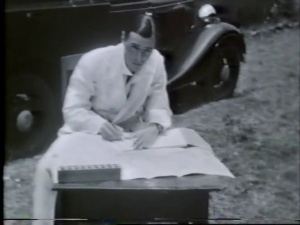 It was during his expedition to East Africa in 1936 where Leeson and his assistant David Gillett, who was later Professor and honorary research fellow at LSHTM, recorded the 10-month expedition from their departure from Croydon airport to Uganda, Tanganyika and Kenya and titled it ‘Roads of Africa’. As well as showing details of the expedition, the film gives an insight into the lives of the people they met in Africa – the men they recruited as assistants, the women preparing food and carrying water, the families dressed in their Sunday best and the children dancing. There are also wonderful views of the scenery and wildlife in Africa. Gillett’s voiceover was added to the ‘Roads of Africa’ shortly before his death in 1995.

Many of the newly added images were taken during filming. This has been incredibly useful as many of the images do not have any information to match the date, location or those featured in the image; the ‘Roads of Africa’ has enabled us to establish the image’s background and with the insightful commentary from David Gillet, has brought the images to life. 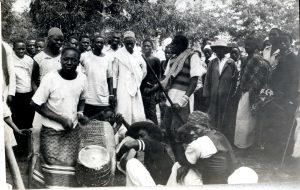 Image of the Welcome Dance taken by H.S Leeson 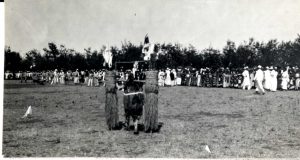 Image of the Ostrich Dance taken by H.S Leeson

These images are a great addition to the Leeson Collection which already contains papers from his expedition to Africa and his time in the Middle East, where he visited countries such as Yemen and Palestine. The archive also holds a small collection of material relating to the work of David Gillett from 1930s to 1990s.

If you would like to view the Leeson Collection or have any queries, please email the Archives’ team.