To commemorate the 90th anniversary of the opening of the Keppel Street building this blog will focus on the museum which was located at Keppel Street from its opening until the late 1960s. The museum demonstrates that the importance of preserving historical information and artefacts has been a priority for the school since its location on Keppel Street was opened. 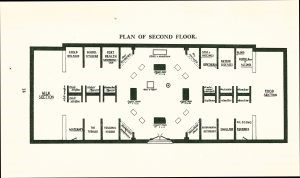 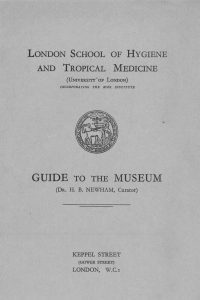 Guide to the museum

During the Second World War, a bomb struck the school. While (thankfully) there were no fatalities, a significant portion of the museum’s artefacts, collections and teaching aids were destroyed. This is especially ironic because the artefacts were stored in the basement to keep them safe during the war, but had they remained in their original locations within the museum, many items probably would have been saved. 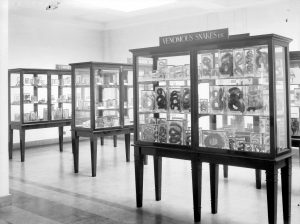 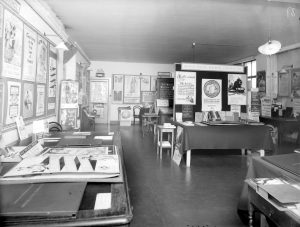 However, this is not the absolute end of the museum’s story, and out of sight is not always out of mind. 17 years ago, the archive service was created at LSHTM which preserves and offers access to historical collections. Some of the museum items have since been transferred into the archive, such as Sir Patrick Manson’s mosquito box, and a crescent dissecting microscope. While the museum is no longer on site at LSHTM, its history has not been forgotten.

This history is important to LSHTM, as providing access to collections that are relevant to both the School and the history of medicine has been a priority since the School opened on Keppel Street; firstly with the museum and secondly with the archive service. In honour of the long history of preservation of historical collections at LSHTM, a great congratulations indeed to the Archive Service for 17 years of continuing the preservation of history at LSHTM. 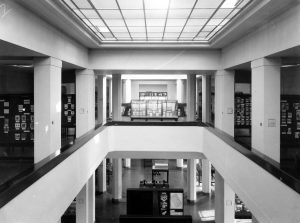