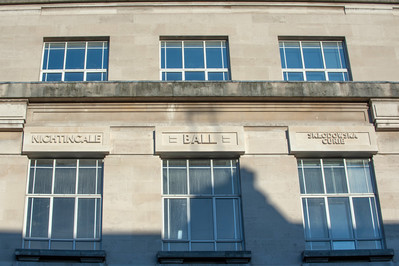 International Day of Women and Girls in Science

Today is the International Day of Women and Girls in Science. To mark the occasion we are shining a light on the life and work of Alice Ball. Ball was one of three women – along with Florence Nightingale and Marie Sklowdoska-Curie – added to LSHTM’s iconic frieze of medical pioneers in 2019. Prior to this the frieze featured 23 men, and notably, not a single woman. However, unlike Nightingale and Sklowdoska-Curie, Ball’s contribution to medicine was, for many years, unknown and uncelebrated. Alongside teaching, Ball worked on developing a treatment for leprosy. It was this research that would, eventually, earn her a place within medical history. Ball pioneered a method — known as the Ball Method – for administering chaulmoogra oil. The oil was considered to be a promising treatment for leprosy, but a number of unfortunate side effects severely limited its efficacy. This issue was resolved by Ball who developed an injectable solution of the oil.

Tragically, Ball died at the age of 24, before she had published her findings. Her work was continued by the president of the College of Hawaii, Arthur L. Dean, who took credit for Ball’s discovery. Dean published the research under his own name, and until the 1940s – when the drug Dapsone was discovered – an injection of chaulmoogra oil was the most effective method of treating leprosy. It was not until much later that Ball’s crucial role in the development of the treatment was recognised.

Alice Ball’s life and work is a story not only of the remarkable scientific achievements of a young woman, but also of the often hidden nature of women’s contributions to history. It is only by celebrating trailblazing women such as Ball that we can begin to recognise the vital part women have played within science, and their often notable absence within the pages of history books. The addition of Alice Ball, Florence Nightingale and Marie Sklowdoska-Curie to LSHTM’S frieze, goes some way to righting this wrong.