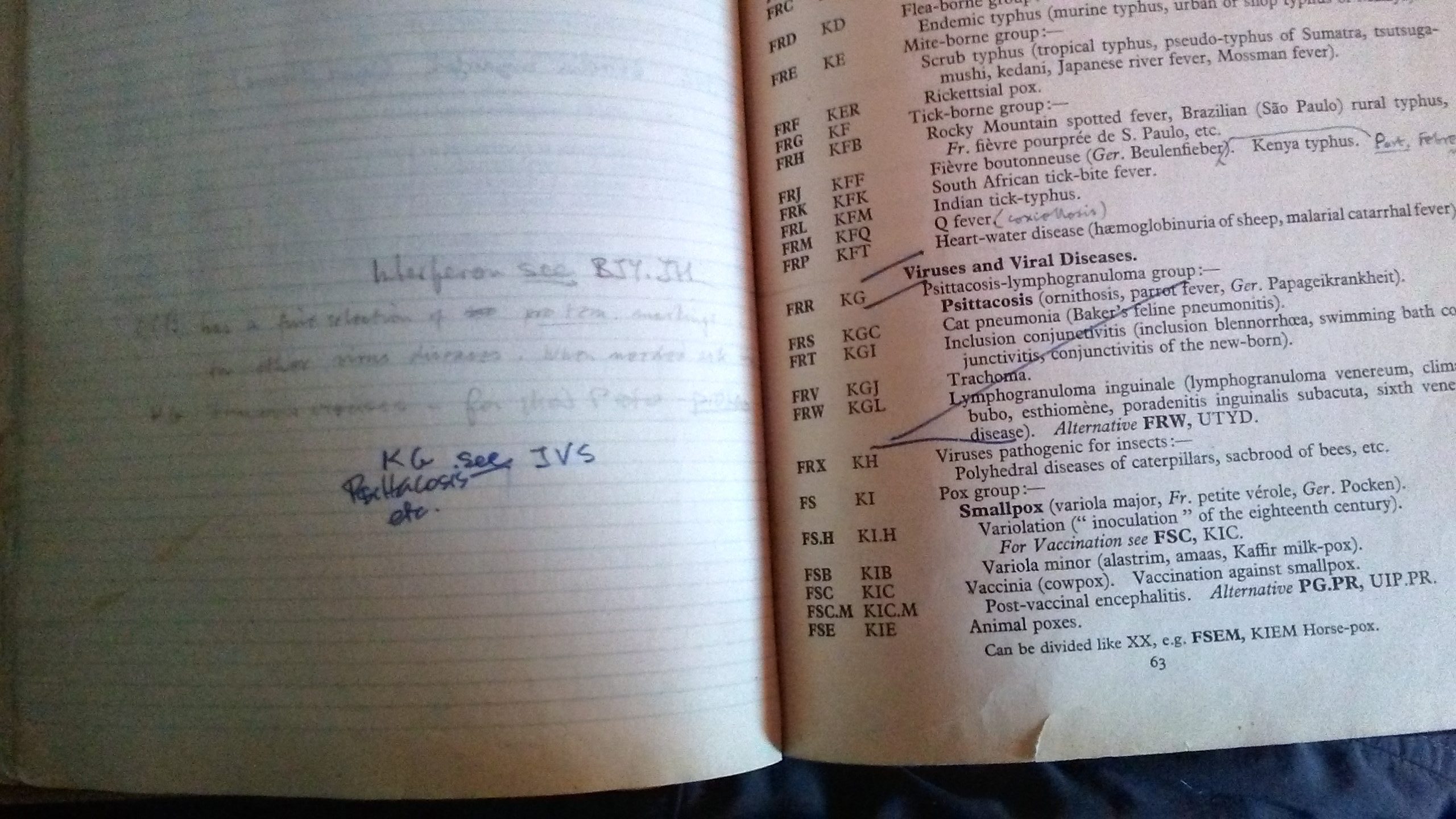 I finished washing up my side plate, spoon and cereal bowl and replaced them carefully in “my” cupboard in the shared kitchen. I went down the corridor to my bedsit room, the front downstairs room, shielded from the street by net curtains, and collected my bag. It was a Wednesday in February of 1991 and I was on a late shift, meaning a start at 1 pm rather than 9.30 am.

I headed out of the door, passing the payphone which ate 10p coins. We residents would normally ask our friends and family to call us back. Mass ownership of mobile phones was some years away, although a lot of public phone boxes were starting to accept phone cards, which came in domestic and international varieties, a bit like SIM card plans today. I say “boxes”, but lightweight “booths” were replacing the old-style red phone boxes in most locations. They were often liberally plastered with the “calling cards” of sex workers.

I headed down the south Tottenham street, towards the high road, but instead of going towards the tube station at Seven Sisters, I decided to walk down Stamford Hill to the 73-bus terminus at Stoke Newington where a Routemaster was waiting to depart. With a shout of “hold tight” and two rings of the bell we were off. I hauled myself upstairs to the front seat and enjoyed the ride through Islington and Kings Cross before disembarking on Gower Street near Chenies Street just yards from the School.

I looked at my watch – there was time for lunch before starting my shift. In the canteen in asked for a pizza slice with beans and chips, grabbing a roll from the soup counter to facilitate squashing some chips into a “butty”. The cheery figure of Solomon took my £2.52 and I carried my tray to a vacant seat. My meal was both divine and filling but soon it was time to return my tray and head upstairs to the library.

At the desk Gareth Morgan gave me the news “Sorry Andre, we had to put you in the desk at 2.30, Sarah is on annual leave and no-one else could cover”. “That’s ok. At least it is not 1 pm, Gareth”, I responded. The library assistants – Gareth, Janice, Sarah, Richard, Michael, and Sandra – were great to work with and made me feel welcome. There was a lot to learn about the library and the School. All the general duties of the library assistants were overseen by the Reader Services Librarian, John Eyers, who would ensure that all relevant information was passed on to us, such as when courses had inductions, exams and revision periods and altering us to when books and journals would be in demand. “My door is always open” was his motto. He specialized in literature searching, helping staff and students get the best out of databases and other sources and this contributing to the success of their research or assignments. On most days he had a constant stream of people coming to his desk. We had databases on CD ROM, which could be searched on public terminals, but he still performed some dial-up searches via a modem until the event of online databases via the web. He would also be our first point of contact for any complex enquiries, or requests which required the discretion of senior staff to approve.

I went to my locker and put my jacket and rucksack inside. I then went to my desk and surveyed what I needed to do. I turned on my Libertas workstation and logged in using my cataloguer credentials. The workstation, one of six in the library, was connected to the UCL Libertas system via a modem and multiplexor. The workstation had no other programs associated with it, and no hard or floppy disk drives. Some library staff had PCs with stand alone applications for their work, such as “ILSHY”, a d-Base III program developed in house for Inter Library loans. Libertas had very little in the way of online help, so various printed manuals were essential. As well as the cataloguing manual for Libertas, I had the British Library UKMARC manual in a loose-leaf binder; a bound copy the second edition of the Barnard Classification, annotated with updates; and a list of subject headings used in the card catalogue.

On my shelves were a mixture of new books requiring cataloguing, and some older items with queries such as two copies of the same book but with different class marks. At the time we had prioritized adding material published from 1980 onwards to Libertas, adding the older material as and when it was borrowed. Future years would see various retrospective cataloguing projects which eventually enabled us to phase out the older card and printed catalogues. When I had finished classifying and cataloguing the new books, I would pass them to the book processing library assistant, whose tasks included adding spine labels, magnetic security tags and bookplates, as well as filing the order forms and printing off catalogue cards using a rather noisy dot-matrix printer. Curiously, one unexpected item of equipment was an electric iron which was used to form a bond between the spine label and its laminated cover-plate.

From time to time, I would pick up phone calls intended for the enquiry desk, particularly if the assistant on the desk was dealing with someone and therefore unable to answer. I could also be called to the desk if there was more than one person requiring assistance, or if my colleague needed to leave the desk for any reason, such as to show someone how to look up a reference a public terminal. Ensuring that there is always someone on the desk and that calls are answered is a priority.

I took over the desk from Gareth at 2.30. “Nothing to report”, he said. “Thanks Gareth,” I responded, I adjusted the height to the swivel chair and sat down. I checked the daily logbook: “Sarah on leave. Paul Fine appointment with John Eyers, 4.00 pm. “Over the next 90 minutes or so I dealt with book issues and returns, queries about journal issues which were missing from the shelf, queries about opening times and renewals, and several instances of giving directions to visitors from UCL and other institutions who needed to consult journals or books which were not available in their own libraries. As all our journals were print at that time, missing issues or volumes were a constant problem. We developed a routine of checking whether we had the title; where the enquirer had been looking; whether the item had been received; whether it had been recorded as damaged, missing or at the binders. Some journals were supplied by the Bureau of Hygiene and Tropical Diseases, who were based in an adjacent corridor but otherwise independent of the library or the School. If someone asked for an issue that was recorded as “at BHTD” we had to phone through and ask the Bureau staff for it. Their main function was to produce the Tropical Diseases Bulletin, a weekly publication of abstracts from key tropical medicine journals. Often, however, we would be able to find the missing issue by means of a shelf check. Journal issues in high demand would sometimes be kept at the enquiries desk temporarily at the request of a course organiser, with a signing sheet to help us keep track of it and ensure it was returned to us rather than left on a desk in the reading rooms.

As 3.45 approached, Janice took over the desk. We exchanged pleasantries and I put away the various signing sheets and returned items before heading off for a break. When I returned from break, I went straight to my own desk and carried on with my work. There were a couple of memos in my in-tray: one about London Weighting and the other about a general staff meeting. Most communication from the management of the School was via printed memos.

At 5 pm I returned to the desk briefly to find Mary Gibson ready to take over from Janice for the first part of the evening shift. “Are you ok to come here from 6.15, Andre?”, she asked. I confirmed that I was. Mary oversaw book ordering and cataloguing and was my direct manager. She had many years of experience and helped me to learn the finer points of applying the Barnard classification scheme. After my colleagues had left in 1730, I started to tidy books and journals in the Barnard Room, photocopy room, reading room and Welcome gallery areas. It was the practice for the library assistant on evening shift to tidy and sort books and journals into order in preparation for the next morning’s reshelving, a task everyone was required to help with from 0930 each day.

My final stint on the desk from 1815 went without incident. Mary returned to her office until around 1920 when she started the library closing round, giving readers a 10-minute warning of closure so they could take any books for borrowing or return to the desk and finish off any photocopying. We had to ensure lights were turned off, photocopiers and computers, shut down and the doors locked and bolted securely before leaving, taking care to ensure we did not lock anyone in. On this evening this all went to plan, and I bade Mary farewell at reception.

Look out for the next episode where we encounter Windows 3.1, Netscape Navigator and Cool Britannia …