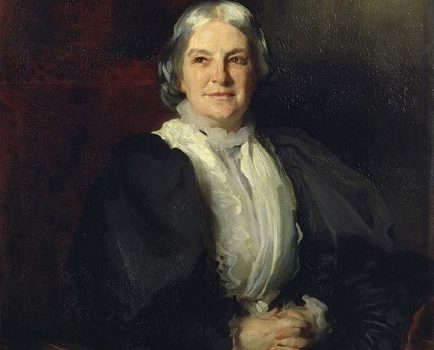 The Royal Commission on the Poor Law and the Unemployed was set up in 1905 to review the system of poor relief provision and consider alternative ways to tackle unemployment. Twenty people were appointed to the Commission including Octavia Hill (1838-1912) and Beatrice Webb (1858-1943).  However, after four years of information gathering and deliberations they could not come to an agreement and two reports were released in 1909 – a Majority report backed by sixteen commissioners including Octavia and a Minority report supported by the other four.

Both reports criticized the health service provision to the Poor Law institutions but their proposed solutions differed. Ultimately the government did not accept either set of recommendations.  A system of insurance against ill-health for those who could afford it was implemented in 1911 and Poor Law institutions continued to provide care to the uninsured until changes were brought in by the launch of the National Health Service in 1948.

Octavia was born on 3 December 1838 at Wisbech, Cambridgeshire, the third of five sisters brought up by their mother, Caroline Southwood Hill (née Smith, 1809-1902) and educated at home. When they lived at Finchley, in north London, they were close to their maternal grandfather, Dr Thomas Southwood Smith, in Highgate who acted as a surrogate father to the girls. When he was not working at the London Hospital in the East End Dr Southwood Smith campaigned on health reforms, child labour and better housing and it was in this atmosphere that Octavia grew up.

When Octavia was fourteen she came face to face with poverty after her mother was appointed manager (1852-1855) of the newly founded Ladies Guild in Holborn. Finchley was at that time on the fringes of London, and the job necessitated a move to London for the family.  The Guild offered instruction in toy making to girls from a local Ragged School. Octavia supervised some of them and would occasionally visit the slums where they lived with minimal sanitation and rampant disease.  She saw firsthand how poverty affected people’s lives from childhood through to old age and argued that better accommodation was the first step they needed to rise-up from the cycle of deprivation and find employment to support themselves.  Octavia convinced some wealthy men including the artist John Ruskin (1819-1900) to support her cause and with their financial contributions she organized the purchase and renovation of housing stock to accommodate poor families.  She became their landlord and used the rents to keep the buildings in good repair. By 1874 Octavia had 3000 tenants in London.  Her work continues today as the Octavia Foundation.

Octavia Hill died in 1912. Her personal set of the proceedings of the Royal Commission on the Poor Law and the Unemployed, amounting to more than 40 volumes of Parliamentary Papers, and especially bound by Jas Truscott & Sons, Contractors for Bookbinding to HM Government, was presented to the LSHTM Library by Lady Shirley Murphy on 28 August 1929. Lady Murphy was the widow of Sir Shirley Forster Murphy (1848-1923), the first Medical Officer of London County Council (1887-1911).

Octavia Hill grew up playing in the fields surrounding Finchley when it was a village. She recognized the benefits that nature brought her and campaigned for the preservation of open spaces and their protection from development, convinced that they conferred benefits to the well-being and health of all.  Octavia’s crusade, with support from others, ultimately led to the foundation of the National Trust in 1895.

WATTS, A.S., 1974. Octavia Hill and the influence of Dickens. In housing management and the preservation of the countryside, Octavia Hill was a Victorian pioneer. History Today 24 : 348-353.