Sunday is Armistice Day, a day where we remember those who fought and died in the First World War. Many of the staff and students of the School joined the war effort and to commemorate their efforts, the Library & Archives Service have selected four members of staff and outlined their actions during the First World War: 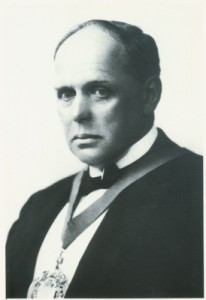 Born and educated in Edinburgh, Balfour was heavily influenced by Patrick Manson in his choice of career, making the study of tropical medicine his life’s work. At the outbreak of WWI he was in uniform in France and later as Lieutenant Colonel, a member of the Medical Advisory Committee on various war fronts. This Committee, known as ‘Balfour’s Travelling Circus’, visited Mudros, Salonica Egypt and Iraq – where in the valley of the Tigris he worked for a year. He was then appointed Inspector General to East African Command and spent many arduous months visiting field hospitals and field ambulances in Tanganyika Territory and with the forces chasing Von Lettow-Vorbeck. He eventually reached Egypt in the early days of 1918. Here he immediately undertook the reorganisation of the health services of that country. His services there were very great and he did an enormous amount of good work in coordinating scientific effort. He constituted himself ‘Enemy No 1’ of the house-fly in Egypt and devised the new traps and baits for the destruction of these insects using the propaganda slogan ‘The filthy feet of faecal-feeding flies’. His last services of the Great War were in Palestine which he visited to report upon antimalarial measures on that front. After the war he continued his work on sanitation and in 1923 became the Director of the LSHTM. He died tragically in 1931 after helping to shape and perfect the school in its formative years.

Acknowledged as having put helminthology on the map, Leiper was connected with the School for 64 years until his death in 1969. He was greatly affected at the age of 14 by the death of his father from tuberculosis and credited this to his interest in medical science. In 1905 Patrick Manson recruited him as helminthologist at the School. He travelled extensively during his studies of helminths and in 1915 as Lieutenant Colonel, RAMC, he was in Egypt with J. Gordon Thomson as leader of the Bilharzia Mission. There his investigations were crowned with success and he was able to devise methods for the prevention of schistosomiasis in troops in Egypt which were eminently successful. In 1917 he was engaged by Board of Agriculture to investigate the mode of spread and control of “gapes” in poultry and of “eel-worm” in roots and crops – a matter of significant economic importance. After the war he continued to teach and even helped to shape the policies and direction of the School. 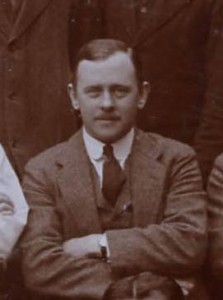 Born in Cork, O’Connor studied medicine at St. Bartholomew’s Hospital and took the course at the School after meeting eminent helminthologists during a tour of Formosa. O’Connor became a demonstrator and assistant entomologist at the School in 1911 until 1914. In 1915 he went to Alexandria as Captain, R.A.M.C., where he was associated with work describing several new species of intestinal protozoa. Unfortunately during this time he accidentally infected himself. In 1917 he accompanied Sir Ronald Ross to Salonika to research the malarious swamps and to advise on treatment of the disease. After the war he continued his foreign studies for both Manson and the Rockefeller Foundation. In 1933 O’Connor was trying to prove that an outbreak of amoebic dysentery in a Chicago hotel had been caused by contaminated tap water. His proof came by his own drinking of the water and his subsequent development of dysentery three weeks later. In 1937 he sadly died with two large amoebic abscesses in his liver.

Florence Hanbury was the first library assistant to the School when she joined in November 1915. At the time the library was managed by Dr Leiper and not by a qualified librarian. Hanbury noted  in her memoir of ‘War time’ that, ‘an investigation of the bookcases in the library proper gives no idea of proper order’, and ‘the library has been looked after in someone’s spare time’, she had a great task to manage the School’s library especially considering she only worked 3 hours a day, 6 days a week. Hanbury concluded her memoir recounting the Silvertown explosion, where an explosion from the munitions factory in 1917 killed 73 people, ‘the Silvertown explosion shattered the windows in the Printing Room, but did not damage the Library’, and noted that she was able to ‘hear the distant firing in Flanders and sometimes see the “dazzled” ships in the Dock’. Although Florence was not directly involved in the conflict, her account highlights that the war was never far from the minds of those at the home front.

For any enquiries, please contact the Archives Service on archives@lshtm.ac.uk