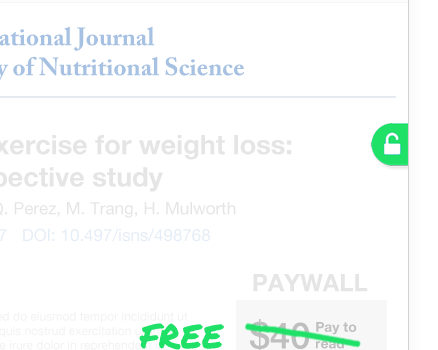 The end of EU or national funding for hybrid journal APCs?

The EU’s 2021-27 R&D programme will not pay for articles to be published in hybrid open-access journals under new proposals published by the European Commission in June. Horizon Europe would pay for article processing charges (APCs) only “for purely open-access publishing venues”. This might prove controversial since the change could prevent researchers from publishing in their first-choice publications.

Meanwhile at the beginning of September, a consortium of 11 national research funders including UK Research and Innovation launched a Plan S proposal to require researchers funded by them to publish only in fully open access journals and not in hybrid journals

In addition to the UK, national agencies have signed up to the plan in France, the Netherlands, Austria, Ireland, Luxembourg, Norway, Poland, Slovenia, Italy and Sweden. Some publishers have strongly criticized the proposal, while many researchers and open access advocates have welcomed it. The American Association for the Advancement of Science (AAAS), which publishes the journal Science, said that the model outlined in Plan S “will not support high-quality peer-review, research publication and dissemination”. Implementing the plan would “be a disservice to researchers” and “would also be unsustainable for the Science family of journals.” On the other hand, Jeremy Farrar, Director of the Wellcome Trust has announced that the trust is “very supportive of the ambition set out in Plan S.”

The plan also proposes a maximum level that agencies will pay for APCs, but without stating the precise amount at this stage. Europe PMC, the international open access repository, has now integrated its website with the not-for-profit open database Unpaywall. This will enable its users to obtain free, open access versions of articles that may appear to be available only on subscription. Unpaywall harvests legally-uploaded content from over 50,000 open data sources, including open repositories, open access and hybrid journals, as well as services like DOAJ, Crossref, and Europe PMC itself.  The iconic green Unpaywall logo will appear on the full text link on the Europe PMC website whenever a free version of the article is available via the Unpaywall service.

The Charity Open Access Fund (COAF, a partnership between six health research charities, including Wellcome) spent £7,881,899 on Article Processing Charges (APCs) in 2016/17, an increase of 8.7 per cent on the previous twelve months. Most of the payments go to hybrid journals but the spend on fully open access journals is rising. The average cost of an APC remains lower for fully open access journals than for hybrid journals, but the gap is narrowing.

Over three thousand researchers have pledged not to submit to, review, or edit for a new subscription journal, Nature Machine Intelligence. Campaigners claim that they see no role for paywalled or author-fee publications and state “the adoption of this new journal as an outlet of record for the machine learning community would be a retrograde step. In contrast, we would welcome new zero-cost open access journals and conferences in artificial intelligence and machine learning.”

Meanwhile the Free Journal Network has been formed earlier this year to  nurture and promote “diamond” or “platinum” journals —that is, journals that are completely free to authors and readers. The aim of the network is to help such journals “to coordinate their efforts and share best practices in order to strengthen the ecosystem of independent journals and service providers.” As of June, there were 39 member journals, who all conform to the Fair Open Access Principles.

The British Library, working with a group of cultural and memory organisations, is to pilot a shared repository service for research content built on an open source platform. The repository aims to increase the visibility and impact of research outputs, making the knowledge generated by cultural institutions easier to explore and use for new research. The repository will include content from the British Museum, Tate, National Museums Scotland and MOLA (Museum of London Archaeology), as well as the British Library itself. The California Legislature unanimously passed a bill to make all peer-reviewed, scientific research funded by the state of California available to the public no later than one year after publication. Current open access legislation applies only to research funded by the Department of Public Health and is set to expire in 2020. A similar bill at Federal Level, the Fair Access to Science and Technology Research Act has been held up in Congress for the past five years.