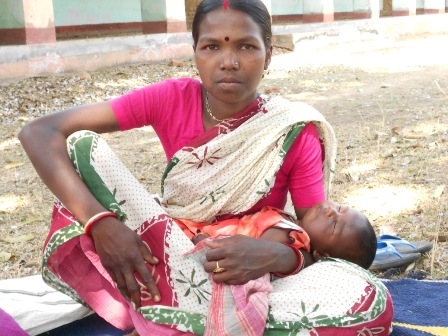 From conception through to birth, a child’s health is very closely linked to its mother’s. The pre-delivery phase is a particularly important stage in the continuum of care. Good information and care during the antenatal period links the pregnant woman with the formal health system and increases her chance of accessing a skilled attendant during delivery.

The recent paper on antenatal care (ANC) interventions and neonatal survival in India by Singh et al. looks at the most important antenatal care interventions for a baby’s survival. The World Health Organization recommends at least four ANC visits during pregnancy. Indian guidelines suggest that along with a minimum of three ANC visits, a woman should receive two tetanus toxoid (TT) injections and consume 90 or more iron–folic acid (IFA) tablets.

Using a large-scale population-based dataset, the District Level Household Survey round 3 (DLHS-3), the authors examined the association between specific ANC interventions and neonatal mortality. In terms of preventing neonatal mortality, the authors found that two TT injections formed the most important component of the ANC package, and they highlight the need to prioritise this intervention. The authors also report that India’s recommended number of three ANC visits, has a similar protective effect on neonatal mortality as four or more visits.

ANC visits are crucial for providing counseling to mothers about the care they should take during pregnancy and also in preparation for childbirth. We know that such counseling can play a significant role in averting morbidity and mortality of both mother and newborn. It follows, therefore, that re-enforcing these messages with more visits is not necessarily a bad thing. But how much emphasis should we place on the quality of counseling?

Some of the issues that form part of the consultation during ANC visits include making a plan for transportation to a health facility during labor, recognizing the danger signs of serious health problems during pregnancy, childbirth or soon after, and identifying and making arrangements for a blood donor if needed. It is important to reiterate these points during ANC visits to enable pregnant women to recognize obstetric complications when they occur and seek care from skilled providers, without delay.

So, how can we measure and assess the quality of counseling provided during the ANC visits, and whether it is effective? Currently available data sources often do not capture this aspect of effective counseling.

I won’t venture into the effect of IFA supplementation on neonatal mortality, as the paper concluded that further discussion and research is needed. However, I would like to mention that almost 58 per cent of pregnant women in India are anemic and it is estimated that anemia is the underlying cause for 20–40 per cent of maternal deaths in India. So, we need to think about the best way to prevent iron deficiency, whether that is through measures such as increasing iron intake through dietary diversification and food fortification with iron, or through iron supplementation.

What is the ideal antenatal care package? Should it be comprehensive or do we need to prioritize certain services?

« What can we learn from trans fat policies in the Americas?
Call for papers: deadline approaching! »