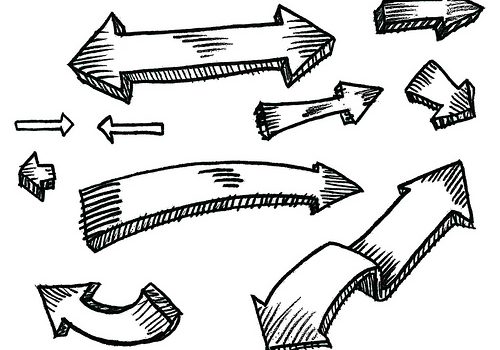 Posting and transfer holds clues to the health of health services

A contract health worker is posted in a remote health post, 700 km away from where his spouse and children live. He sees them once a year, using up most of his annual leave of 18 days, in travel. He has been applying unsuccessfully to be posted closer to them for the past 16 years.

A newly posted, energetic health administrator, refuses to cooperate with the local collusive networks that embezzle and misuse funds. She is transferred to another district even as she is gradually taking measures to improve the implementation of various government schemes. The old ways of corruption and inefficiency are quickly re-established.

A pregnant woman walks all day to a health post, to find that there are no health workers qualified to manage her routine delivery. The one staff nurse employed in the health post had left service recently, because she had not received a long-due promotion. The woman dies in childbirth of avoidable causes.

These real-life examples of failures and inefficiencies of the health system should be recognizable for many readers of Health Policy and Planning who work in different settings globally. They are all linked in different ways to the critical but poorly understood issue of posting and transfer (P&T) of health workers and administrators. P&T is a normal function of any system that employs large numbers of people to provide services across a wide geographical region – such as a national or provincial health service.  Yet this seemingly innocuous function, encompassing health worker recruitment, placements, promotion, demotion and transfers is, in the real world, complex, and holds crucial clues to the well-being of the health service at large.

Schaaf and Freedman in their recent article in Health Policy and Planning present an extensive review of the theories and evidence around P&T. Their efforts bring home the message that it is not enough just to staff up a health service (crucial as that is) – it is equally important to attend to questions such as how the system works, and whose interests it serves. Their analysis focuses on “mission-inconsistent” P&T in low and middle-income country (LMIC) settings, which the authors identify as P&T policies and practices that do not advance the mission of a health service – namely advancing population health and ensuring professional ethics.

Indeed, the formal and informal norms and practices that characterize P&T in real world settings in many LMICs often do not lend themselves to healthy organizational processes or positive health outcomes. Early explorations on the topic by a research team at the Public Health Foundation of India suggest that there is a range of types of inappropriate P&T practices, and multiple explanations for why they take place. Administrative apathy and indecision around placements, transfers and promotions often creates conditions that prevent employees from performing optimally. On the other hand are acts of commission – personnel decisions taken to protect or perpetuate informal commercial or political interests.The latter is particularly insidious in contexts where dire human resource shortages in the public sector go side-by-side with prevailing market practices and commercialization of healthcare – such as in many LMICs with mixed health systems. “Lucrative” postings that promise private and/or illicit incomes over and above government salaries can become commodities to be transacted in the informal marketplace.

The unfortunate upshot of mission inconsistent P&T is the widespread misuse of public funds, an unhappy and poorly utilized workforce and a poorly served population (as highlighted in the examples above) with inestimable impact on human health and lives. Governments sometimes take steps to reduce mission-inconsistency by strengthening their P&T policies and improving transparency – yet these positive efforts and their impacts are as poorly understood as the negative examples. The consensus among administrators and health system researchers in many LMICs is that mission-inconsistent P&T is widespread, but difficult to pinpoint since it takes many different forms in different contexts, and the rationality (or irrationality) of personnel-related decisions is often highly contestable. For the same reasons, and because it is usually a covert practice, the actual scale of the problem and its impact on health services and outcomes is very difficult to assess.

One way of understanding and addressing the pernicious and complex problems around P&T is to ask the questions: what is the mission of a health service?  Are there multiple missions, and are they aligned to each other? A good public system of health service delivery has to attend to many needs and imperatives. First, it has to consider its primary social function – of getting good services to people in need. But at the same time it also must consider its own internal resilience, stability and longevity.  Any health service is a complex of networked organizations, departments and health facilities, each of which follows its own, sometimes distinct, logic and objectives. And at the heart of the system lie individual health workers and administrators, with their own needs, aspirations and senses of meaning and purpose from their work.  The “health” of a health service lies in its ability to balance and align broader social goals, with the goals of the organizations and individuals that constitute it.  P&T, when seen as a system function, has bearing on each of these goals, and as such contains important clues and signifiers of the health of a health service and the quality of its governance.  In spite of this, it remains a poorly researched topic.

To begin to address this knowledge gap, the Public Health Foundation of India and the Averting Maternal Death and Disability programme at Columbia University are jointly organizing a meeting on P&T in the Health Sector, at the Bellagio Center, Italy, in February 2014.The meeting aims to catalyse the creation of a global network of researchers and decision-makers investigating P&T in multiple country contexts, using locally appropriate, context specific approaches.

« A cheap way to save lives
Medicine pricing and purchasing in LMICs: looking under the wrong street lamp? »