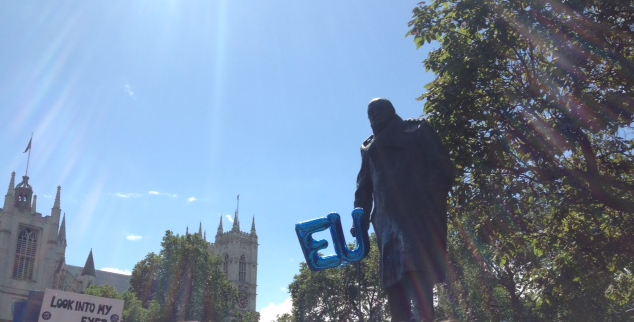 More than two months after the British electorate voted, in a referendum, to leave the European Union, we still have no idea about what the alternative model will look like and thus, what the implications are for research, health policy, and the United Kingdom’s role in international development. Indeed, the lack of a clear vision is, if anything, more apparent. The Prime Minister has helpfully stated that “Brexit means Brexit”, which recalls Humpty Dumpty, in Alice in Wonderland, who said “when I use a word it means just what I choose it to mean”. Indeed, some might think that Lewis Carroll was anticipating Brexit when the Queen in Alice in Wonderland noted how “sometimes I’ve believed as many as six impossible things before breakfast”.

On the basis of their previous positions, cabinet ministers seem hopelessly divided and briefings emerging from the first cabinet meeting to discuss Brexit suggest that the UK will be pursuing a unique relationship with the EU, comprising several mutually incompatible objectives. The three government departments that will lead the negotiations to exit the European Union are headed by ministers that seem totally unable to work with each other. Even if those leading the departments could agree, it is far from clear that, within their departments, there is the capacity to take forward any meaningful negotiations. However, for one of them, the new Department for International Trade, headed by Liam Fox, this may not matter as the UK is legally prohibited from entering into any negotiations with third countries until it has left the EU and, even if it decided to defy European law, it seems unlikely that anyone would want to talk with it until the UK’s relationship with the rest of the EU was clear. Given this, it seems far from clear why this Department was ever created, other than to avoid public dissent from one of the most anti-European politicians in the Conservative party.

There is widespread agreement among scientists that the priority during negotiations to leave the EU should focus on damage limitation. Any alternative model is significantly worse than what is presently in place. The damage extends far beyond the loss of EU funding, which has accounted for 17% of all sales contracts in British universities in 2014, but much more importantly, 73% of the growth in research funding over the past seven years. The government has committed to safeguard funding for any projects agreed prior to Brexit but this is no more than their legal obligation under EU budgetary rules. It provides absolutely no long-term guarantee and, given the almost universal view among economists that the British economy will suffer considerable damage, it is very difficult to see how this can be resolved. More importantly, research is international and the UK has benefited greatly from the ability to attract highly skilled researchers from across Europe, who know that their rights as EU citizens are safeguarded. This includes, for example, knowledge that their pensions and health coverage will be safe should they return to their own countries in retirement. Promises that EU migrants already in the UK will have a right to stay barely scratch the surface of the issues that arise. There are also significant questions over the UK’s participation in exchange programmes such as Erasmus and Marie Curie. Finally, much international research, such as clinical trials, depend on shared legislative frameworks. Inevitably, the UK will have to accept European standards if it wishes to continue to participate in such research but will have lost any voice in the formulation of the rules.

Turning to health, the situation is again one of damage limitation. More than one in 10 health workers in the UK comes from another EU member state. In some areas, the figure is far higher. At a time when the UK is facing a workforce crisis, the loss of these individuals poses an existential threat to the NHS. Of course, the NHS does recruit from other parts of the world but the bureaucracy, including visas and work permits, places out large burden on already overstretched human resources departments. Furthermore, mobility from outside the EU lacks all the safeguards, such as alert mechanisms, designed to ensure that those coming have not been subject to disciplinary proceedings elsewhere. The arrangements for professional mobility within Europe have been refined greatly, with significant input from, for example, the UK General Medical Council. All of these mechanisms are likely to be lost.

The situation with regard to international development is even more unclear. In what can only be interpreted as the Prime Minister’s determination to find posts for all of the most vociferous supporters of Brexit, Priti Patel is now the Secretary of State. A former lobbyist for the tobacco industry who has called for the Department to be abolished, it will be very interesting to see what happens. From what little we can ascertain, it seems likely that the focus on helping the world’s poorest people will be replaced with a policy in which aid is used as a means of supporting British industry. What is clear is that the exclusion of the UK from European discourse on European development policy will be a loss for everyone, the UK, the EU, and for countries that depend upon development assistance. The UK has played a particularly important role in responses to global threats from communicable disease, including antimicrobial resistance.

Sir Winston Churchill famously noted his inability to predict the actions of the Soviet Union, describing it as “a riddle, wrapped in a mystery, inside an enigma.” This could equally easily be applied to the UK government’s approach to Brexit. Although, so far, the focus has been on negotiating trading relationships with the EU and the rest of the world, the House of Commons library has helpfully published a 184 page showing how our membership of the EU impacts on almost all areas of government. There are also some issues where it seems impossible to come up with any workable solution. Among them, and currently the topic of a legal challenge, is the Good Friday Agreement on the status of Northern Ireland, including the United Kingdom’s only land border with the rest of the EU. Another is the status of Gibraltar.

What is perhaps most worrying is that a much reduced civil service will inevitably be preoccupied with sorting this mess out. This is a time whenever the world faces many other challenges, including the potential for runaway global warming and unresolved conflicts. Domestically, the NHS is already in crisis. The Prime Minister has asked Cabinet ministers to identify the opportunities that arise from Brexit. So far, the focus has been on populist measures designed to maintain a degree of public unity within the Conservative party, at the expense of the national interest. This has been helped by the absence of any effective opposition in Parliament, with the notable exception of the Scottish National Party, representing a nation that voted resolutely to remain within the EU. Yet, sometime soon, the government must come up with some concrete proposals. Even if it manages to avoid subjecting the triggering of Article 50, the process that initiates negotiations on leaving the EU, for Parliamentary approval, it cannot avoid scrutiny of the ensuing legislative programme. At times like this, it is helpful to recall the Chinese curse. “May you live in interesting times”.

Professor Martin McKee is Professor of European Public Health at the London School of Hygiene and Tropical Medicine and founding director of the European Centre on Health of Societies in Transition, a WHO Collaborating Centre that comprises the largest team of researchers working on health and health policy in central and eastern Europe and the former Soviet Union. Research director of the European Observatory on Health Systems and Policies, a unique partnership of universities, national and regional governments, and international agencies and President-elect of the European Public Health Association.

« Bearing the cost of informal mhealth: a call to action
Our new supplement: District decision making for health in low-income settings- a new model for data platforms »