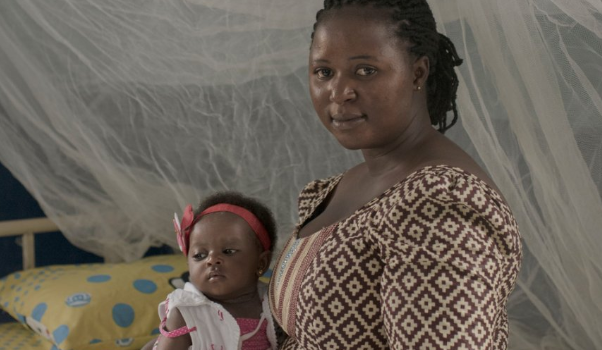 A Decade of Tracking Aid for Health

Since 2006, the London School of Hygiene and Tropical Medicine (LSHTM) has been working with Countdown to 2015/2030 to track official development assistance (ODA), or aid, to see how much is targeted at reproductive, maternal, newborn and child health (RMNCH) in low- and middle-income countries (LMICs).  Countdown to 2015 was established in 2003 as a multi-disciplinary, multi-institutional initiative to track progress in relation to coverage, equity, policies and financing for RMNCH for Millennium Development Goals (MDGs) 4 and 5.  Countdown to 2030 now aims to accelerate the momentum to achieve the targets of the Sustainable Development Goals (SDGs) for ending preventable maternal, newborn and child deaths, and catalyse efforts to achieve the vision of the Global Strategy for Women, Children’s and Adolescent Health.  LSHTM’s partnership with Countdown to 2015 initially tracked global aid flows for child health, and later aid for MNCH in line with evolving Countdown priorities.  In 2013 there was interest within Countdown to broaden the focus from MNCH to also include sexual and reproductive health.

The long-standing relationship between Countdown and LSHTM has fostered substantial expertise in aid tracking methods.  It has also seen the development of an extensive, painstakingly manually-coded ‘Countdown Database’.  The Countdown Database draws on data from the Organisation for Economic Cooperation and Development (OECD).  It documents aid coming from bilateral and multilateral donors, going to recipient countries, which is targeted at RMNCH.  The database spans 2003-2013.  Much work has been produced through mining and analysing the Countdown Database, which has subsequently been published in Health Policy and Planning, the Lancet, and Lancet Global Health.  The culmination of this work to date is a valuable body of evidence on more than a decade of trends in donor funding of RMNCH.

Trends in aid for RMNCH

The work of the Countdown/LSHTM partnership was celebrated in May 2018 at a research dissemination event at LSHTM.  The five papers referenced above were presented by their authors.  An expert panel comprising Professor Anne Mills from LSHTM, Dr Ties Boerma from the University of Manitoba and Director of Countdown to 2030, and Zoe Mullan, Editor-in-Chief at Lancet Global Health, then gave their reflections of this work for the field of health economics, for the RMNCH community and also from the perspective of the journals in which they are published, and their respective readership.

The Countdown/LSHTM dissemination event was held on the eve of an expert consultation on methods for tracking finance for women’s, children’s and adolescent health (WCAH), convened in London by Countdown to 2030 and the Partnership for Maternal, Newborn and Child Health (PMNCH).  LSHTM was amongst participants spanning international donors, private foundations, multilateral institutions, universities, health consultancies, and non-government organisations.  A key outcome from the meeting was an agreed desire to harmonise methods for tracking aid for health, and that such a methodology should be ‘comparable, comprehensive and credible’.  At the meeting LSHTM proposed a revised tracking method going forward which is simpler and more easily replicable than our previous method, which will be developed over the coming months in consultation with a Finance Working Group comprised of participants from the May meeting.

Another strong message coming out of the consultation was the need for more tracking work at the country level, and an increased focus on domestic financing for health.  Countdown to 2015/LSHTM have already contributed to the evidence base on domestic health financing.  A series of country case studies have been published exploring the drivers of progress towards Millennium Development Goals (MDGs) 4 and 5 at country level, and the extent to which financing played a role in this.  Case studies were published in Health Policy and Planning on Malawi, exploring district health financing between 2006 and 2011, equity in funding allocation, and associations between funding and neonatal and child health outcomes; and also on Pakistan, examining the impact of public expenditure for RMNCH on use of RMNCH services.  Case studies, published elsewhere, were also conducted for China, and Tanzania.

Going forward, the Countdown/LSHTM partnership is looking at opportunities to engage in more systematic analysis of domestic health financing data across multiple countries, as well as assessing the different methods currently used to estimate domestic financing for health.  This, coupled with devising a method to foster the harmonisation of approaches tracking aid for health, signal a busy and exciting period to come for Countdown to 2030 and LSHTM.  Here’s to the next 12 years!

Catch up on the live recording of the event held at LSHTM with Professor Anne Mills (LSHTM) Dr Ties Boerma (University of Manitoba and Director of Countdown to 2030) and Zoe Mullan (Editor-in-Chief at Lancet Global Health) here.

« What can we learn by investigating communication breakdown in outpatient referrals in Latin America?
Does the Nigerian private sector provide quality maternal health care to reduce maternal and newborn mortality? »