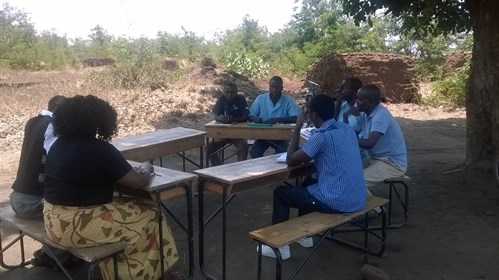 assist national governments and national and international partners to improve the design, implementation, performance and evaluation of CHW programmes, contributing to the progressive realization of universal health coverage”.

Many governments in low- and middle-income countries have formally integrated or are in the process of integrating CHWs in the health system. There exists a huge variety of CHWs between and within countries: paid or voluntary, those with specific or general roles and tasks, working for government or non-governmental organizations. Most have in common that they are from the communities that they serve, and have a minimum level of education related to the roles and tasks they perform, but no professional or para-professional education.

When looking at the new WHO guidelines, we see that the WHO suggests that supportive supervision should take place in CHW programmes, which includes strategies such as coaching and mentoring, the use of observation of service delivery, performance data and community feedback. This recommendation is conditional, because of the low certainty of the evidence available.

Given the widely accepted importance of supervision in improving CHW performance, we introduced a group supervision intervention in four countries in 2014/2015: Ethiopia, Kenya, Malawi and Mozambique. In two countries, the group supervision, conducted by trained CHW supervisors, was complemented with peer supervision. We followed the CHWs involved over the period of one year and found that the intervention was said to raise CHW motivation, however, we did not measure an increase in motivational outcomes. In our paper, we discuss various reasons on what could have caused the differences in qualitative and quantitative findings. The most important one might be the recognition that the complexity of CHWs’ interface role (between communities and the health sector) and the multiple factors, besides supervision, that could contribute to CHW motivation make it difficult to proof the effectiveness of complex interventions on, in this case, improving CHW motivation.

Despite this, the mixed-methods study does provide evidence that is useful for consideration in CHW policies and programing. Aspects of the intervention that made the supervision to be perceived more supportive were

While we think this study contributed to addressing the evidence gap on different combinations of supportive supervision strategies for CHWs as mentioned by the WHO in the new guideline, we recognize that further research is needed, that looks into issues such as performance tracking and supervision frequency. A recent tool enabling to measure perceived supervision of CHWs could be of help.

This work was part of the REACHOUT consortium.