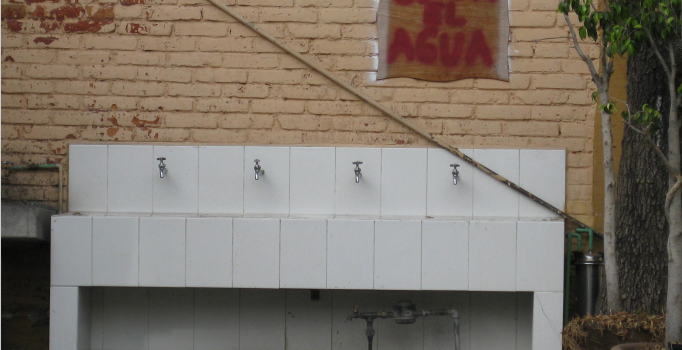 Key lessons from Mexico’s changes to the obesity policy agenda

The 2014 Mexican soda (sugar-sweetened beverages) tax policy supported rapid policy diffusion. It also improved the conditions within the country to progress on the obesity agenda. How and why did it happen? Our article published in Health Policy and Planning, provides some key lessons about the soda tax’s policy process. It describes the primary outcomes that have positively changed the political context for nutrition policy in the country.  The  warning FOPNL and the sale ban of junk foods in the states of Oaxaca and Tamaulipas are examples of these changes.  Here we outline three key lessons.

Power dynamics allowed the soda tax to be on the policy agenda but also restricted its potential effect.  Policy entrepreneurs were key to bring the soda tax to the agenda. Firstly, the civil society’s intense and well-funded communication campaigns highlighting the obesity rates as a public health emergency, and the associated high consumption of sugary drinks triggered public debates.  Secondly, the support of academics with evidence and a “white paper” with key policy solutions, including the soda tax.  Thirdly, key politicians either in power or contesting for it liked the soda tax and advocated for it.  All of these factors contributed to increased pressure towards the government for change.  Nevertheless, soda producers, with support of their food and beverage corporate representatives, executed their power throughout the process. For instance, some beverages were tax exempted, closed door negotiations with the government prevented the soda tax to be progressive, some threats to policy entrepreneurs with spyweb were discovered; and soda producers and the federal government negotiated some high-impact public-private initiatives.

Lesson 2: Framing the policy and make it an intragovernmental effort

Recently, food policy experts have spoken for a “Food in All Policies” approach to transforming our food system, aiming to incorporate actions to improve health through dietary changes, determined by the environment.  The synergy of the Ministry of Finance (MoF) and the Ministry of Health (MoH) to outline the soda tax in their sectorial policy plan strengthened the voice for the policy and obscured opposition by the food and beverage corporations.

The soda tax, framed in the Ministry’s of Health and in the Ministry’s of Finance policies gave precedent to intragovernmental approaches for nutrition policies.  With the new president, Andrés Manuel López in office in 2018, a strong mandate to include food in all policies is under development with the strategy called “GISAMAC” (Grupo Intersectorial de Salud, Alimentación, Medio Ambiente y Competitividad) aiming to “seek the articulation, harmonisation and progressive evolution of the public policies and the programmatic-operational offer of the Executive Federal so that, through a systemic and integral vision, the feeding and food production of the country is improved.” This mandate, and the COVID pandemic with fatality shown to be close related to NCDs, has served as a driver to expedite the nutrition policy in Mexico.

The UN and WHO outlines building strong coalitions amongst promoters of regulatory measures to tackle non-communicable diseases (NCDs) as a key ingredient for policy change. It is not always easy or successful. In Mexico, the calls for policy actions to tackle the obesity epidemic and reduce the incidence of diabetes were the first step into building a strong group speaking up for improving policy measures, including the soda tax.

The policy debates between the supporters and opponents of the tax strengthened coalitions between supporters. They helped to unpack issues of accountability and corporate interference during the soda tax implementation and evaluation process settled by the Ministry of Health (OMENT). Although there was strong leadership from a couple of national civil society organisations, the policy communities, or coalitions, developed into an established group including academics and politicians, and becoming an international reference.   Recently the coalition has supported, endorsed and even participated formally with the policymakers in developing and implementing the new warning FOPNL, shifting the power of corporate actors on the nutrition policy process.  Like the soda tax, the FOPNL was and continues to be highly contested. Still, the well-resourced policy supporters are prepared for any pushback and challenges imposed by their opponents.

Organisations such as the Global Health Advocacy Incubator, and the rollout of Bloomberg’s Obesity program have supported Mexico and other countries with similar socio-political contexts to strengthen coalitions. With the support of these and other international donors, ci vil society organisations and academic networks in several low- and middle-income countries are producing evidence and building strategic connections to support national policies. They are also building capacity on corporate determinants of health, conflicts of interest, and interference of F&B industries, critical for measures like the soda tax to be successful.

As our paper discusses, three main lessons arise from this case.  Firstly, it was critical to observe how the power dynamics between the supporters and opponents of the soda tax worked to orchestrate an opportunity to have it in the policy agenda. Second, it is critical that different governmental agencies promote and support the policy; and third, the strong consolidation of the community coalitions to support policy change, beyond its implementation, has been crucial to building the nutrition policy agenda further.