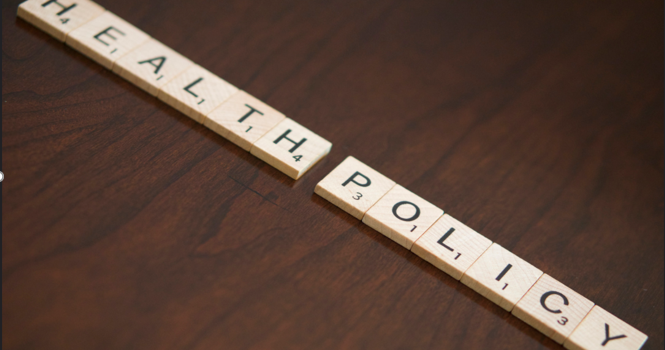 By Chris Vickery (Biography below)

The establishment of Global Health Initiatives (GHIs) has seen a massive increase in funding for, depending on how one saw it, either health system-distorting, unintegrated vertical disease control programmes, or problem-focused, results-based strategic investments in key public health interventions. Tuberculosis (TB) was among the diseases that received attention and was tackled through a vertical disease control strategy led by the Stop TB Partnership, with disease-specific country level targets, independent funding streams and separate information systems for monitoring TB indicators.

The new TB supplement in Health Policy and Planning

The supplement by Khan and colleagues, ‘Evidence to improve global tuberculosis control strategies: lessons from Southeast Asia’, which critically examined the progress and pitfalls of the global TB control strategy in Southeast Asia, resonated with me as I considered my experiences of working closely with international donors either implementing or advising on large health programmes in Cambodia over the past 20 years. The studies provide new and important evidence on ways to overcome the challenges posed by disease control programmes working in silos; this is a problem that is often levelled at countries but seldom at donor partners. In this blog, I reflect on the role of donor partner and technical advisors in creating and perpetuating silos, and share my observations on how this has had an impact on health systems.

In the first decade of the new millennium, bilateral donors, caught up with the millennial momentum and scale of the vision of GHIs such as The Global Fund to Fight TB, HIV and malaria, GAVI – The Global Alliance Vaccine Initiative and U.S. President’s Emergency Plan for AIDS Relief (PEPFAR) began to allocate increasing resources to vertical disease control initiatives. In Cambodia, these new resources were like steroids for the nascent post-conflict state’s national disease control programmes, which soon became largely independent of the mainstream Ministry of Health and over which the Ministry of Economy and Finance (MEF, the Treasury) had, until very recently, little or no say. A similar situation in terms of donor funding flooding into, and possibly overwhelming the strategic planning and implementation capacity of domestic institutions, is reported in the situational analysis on Myanmar. Recently, in Cambodia, the Ministry of Economy and Finance has assumed the role of Principal Recipient for the GF TB and HIV grants from the National Programmes. The importance of this step towards integration should not be underestimated. MEF has keen interest in value for money, and a clear understanding that this implies verifiable service quality.

In Cambodia, the funding pendulum soon began to swing back leaving bilateral donors with a dilemma. Many had their budgets cut after the 2008 financial crash. Often with fewer staff and fewer country programmes, a strategy of awarding fewer but larger grants became administratively attractive. The dilemma bilateral donors faced was the relative convenience of continuing to fund GHIs globally, whilst their partners and advisors were arguing at country-level for closer institutional integration of national programmes into national health systems. This has led to a situation in Cambodia and other countries in the region where in discussions and negotiations with Ministries of Health, bilateral and multilateral donors now rarely use the word “integration”. Its repetition too stridently and for too long has effectively stifled meaningful debate on this issue with Government. “Closer linkages” has become the preferred euphemism for “integration”. It is easy to see why; the donors required the establishment of these systems in the first place, they continue to fund them, and any integration of large and established semi-autonomous systems, managing millions of dollars annually, into the mainstream Ministry of Health would be a gigantic exercise in civil service engineering. The scale of such reforms is underestimated by donor partners. To say the National Programmes are empires is overstating the case, but in Cambodia as everywhere, budget control means  power and for many years it was received wisdom that the National Programmes would not relinquish their PR role (the “turkeys don’t vote for Christmas” argument). Increasing interest from MEF towards National Programme budgets that they had been barely aware of is changing the political economy.

Although the studies by Khan and colleagues provide evidence from China, Cambodia and Myanmar that a more holistic approach considering access to and quality of health services broadly is essential for improvements in TB control, there are both political economy and practical challenges in moving away from the siloed status quo. In relation to the former, the laudable Global Fund principle of country-led decision making by the Country Coordination Mechanisms (CCM) has led to an unintended consequence. Key stakeholders sitting on Country Coordination Mechanisms tend not to favour a disempowering of the vertical disease control programmes that have become the norm, so there has been an inbuilt bias towards the status quo. In Cambodia things seem to be changing with the CCC (Cambodia’s CCM) agreeing to the PR role shifting to MEF for TB and HIV. The reasons for this shift are complex, but include; MEF’s interest in service quality, National Programmes becoming increasingly weary with onerous GF reporting requirements and Donor Partner advocacy with both the National Programmes and the Global Fund.

Cambodia’s Health Equity Fund (HEF), which exempts some 3.2m poor people[1] from public health facility fees, provides an example some of the practical challenges with integration in terms of service delivery and financing. The poor are pre-identified by the Ministry of Planning and health facilities at all levels are required to waive the user fees they are entitled to charge, and invoice the HEF monthly for these exemptions. This includes all TB and HIV services that are not funded by the National Programmes, such as drugs for people awaiting confirmation of a diagnosis, but principally the waived consultation fee. However, the well-meant messaging over the years from the National Programmes, and amplified by politicians, that all HIV and TB services are provided “free” has had an unintended effect. A recent assessment[2] has shown that many health workers do not feel that they are allowed to invoice the HEF for poor people receiving these services. So, in this environment, many health workers fear the “contagion” of money being associated with any aspect of TB and HIV services because they are “free”. Health facilities where such views prevail do not invoice the HEF for providing HEF beneficiaries with TB or HIV services not covered by the National Programmes therefore they generate no revenue for these facilities. Thus there is a subtle disincentive to providing TB and HIV services to poor HEF beneficiaries’ patients, and to improving early case detection and contact screening

For an advisor and practitioner with responsibilities for policy advocacy, and planning strategies to navigate challenges such as the one I have described with HEFs in Cambodia, research that acknowledges political economy considerations not just as “who to speak to in MoH?”, but as a central issue in addressing health system challenges is hugely useful. It is central. As one of the studies in the supplement demonstrates though, research that address the broad issues that are relevant to policymakers and programme planners is rare. Indeed, impacts of the disease-specific, siloed approach that the global health community has embarked upon are far reaching, often influencing research agendas towards focused questions that do not consider the wider implications of disease control strategies.

[1]Who have been identified as poor by the Ministry of Planning.

Dr Chris Vickery has extensive experience in Cambodia and elsewhere in South East Asia and South Asia in the design and governance of aid instruments and strengthening health systems, notably in Health Financing. He has engaged in policy advocacy and assisted policy formulation in many low income countries. His consultancy work in Cambodia stretches back 20 years, covering pre-HSSP1, HSSP1, HSSP2 and more recently H-EQIP design and implementation. Until recently he was resident in Cambodia for six years working for several bilateral and NGO development agencies.

« STORIFY: Our #CommunityMNH supplement – a summary of the tweet chat celebrating its launch!
NEW SUPPLEMENT: Resilient and Responsive Health Systems in a Changing World »